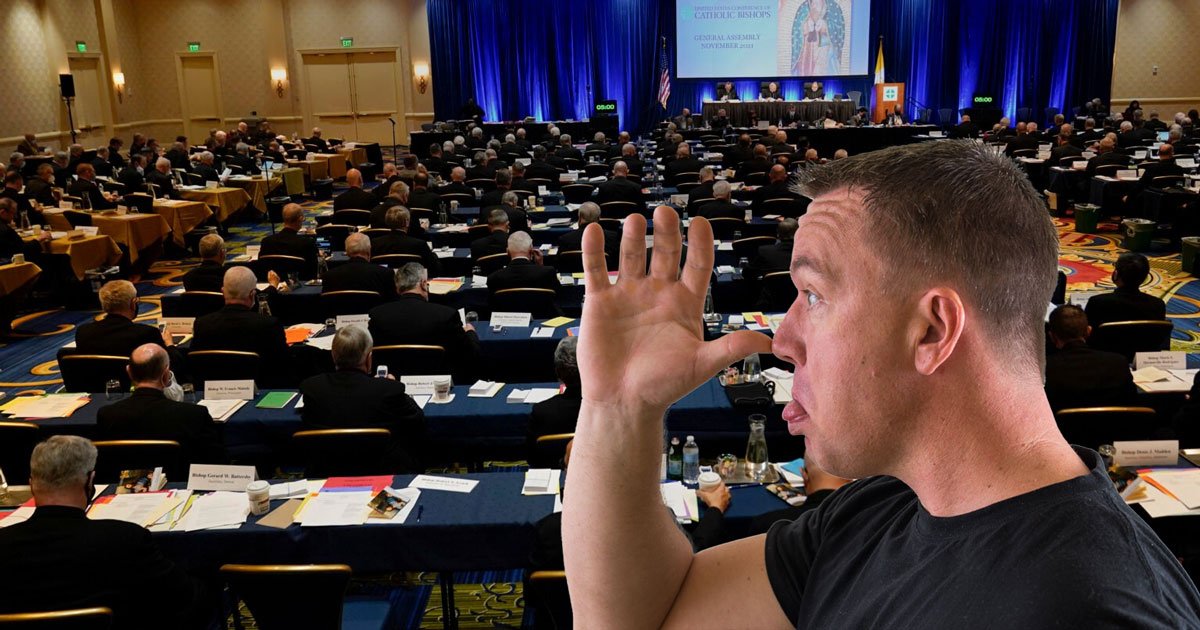 After voting almost unanimously to approve a long-awaited statement on the Eucharist yesterday, the members of the US Conference of Catholic Bishops (USCCB) gave themselves a hearty round of applause. I wonder if they noticed that not many other Catholics are clapping.

What was it that prompted the bishops’ applause? Were they saluting each other for their courageous witness? No; this was not a courageous document. Were they congratulating themselves for the prudence that allowed them to avoid a contentious debate? Not likely; they have been sniping at each other for more than a year on this topic, and the dispute will undoubtedly continue. Sometimes a healthy open debate is needed to clear the air. Or were our bishops simply clapping with relief that, once again, their conference had managed to navigate a tricky passage without capsizing completely?

The statement that the USCCB endorsed is not a bad document in itself. It might even be considered a good document, if it were issued in a vacuum. But the bishops are not living in a vacuum. Rather, they are apparently living in an environment like that of an early-model submarine. The only voices they hear are those of their fellow passengers; communication with the outside world is spotty, distorted by static, easy to misinterpret.

Consider the history of this statement. It was proposed last summer, originally conceived as a statement on “Eucharistic coherence.” It arose from the recognition that the nation’s most prominent Catholic layman, President Joe Biden, is flagrantly at odds with the teachings of the Church regarding the sanctity of human life. Some bishops, answering pro-life pleas, called for a clear statement that Catholic politicians who promote unrestricted legal abortion should recognize that they had cut themselves off from the communion of the faithful, and should not receive the Eucharist.