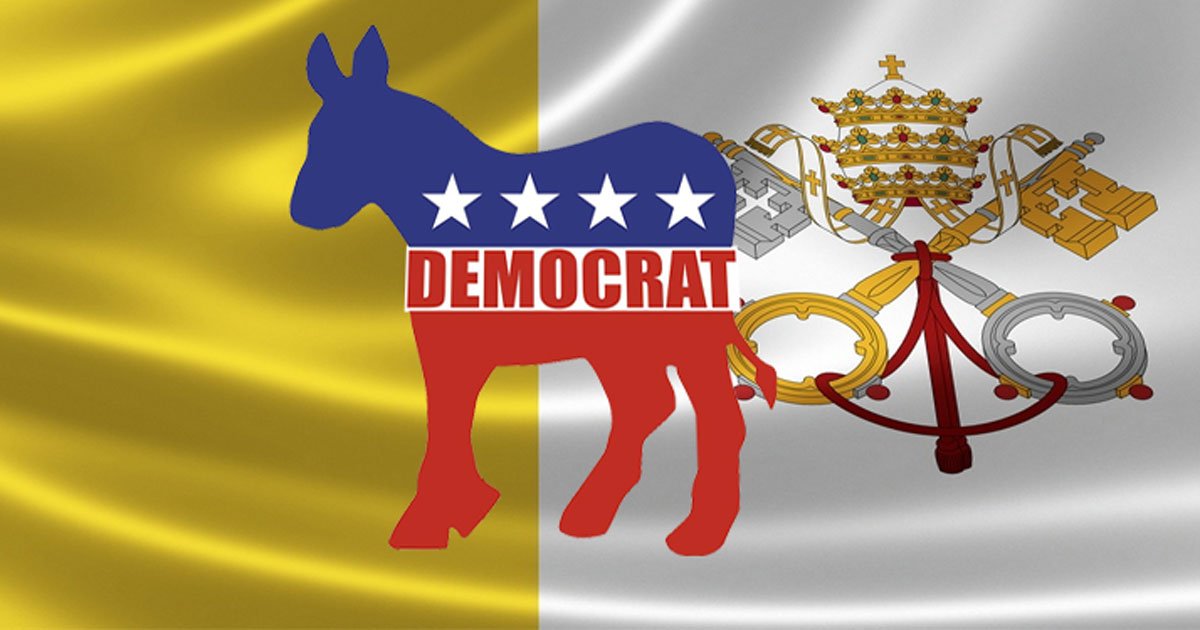 Since January of this year, there has been renewed interest in the denial of Holy Communion for those who promote or support the murderous act of abortion. After Joseph Biden took the oath of office on January 20, among his first acts as the new occupant of the White House was the reversal of the pro-life measures that had been put into place by President Donald Trump.

Since that time, renewed debate has heated up among the bishops as to whether or not Biden and other such self-professing “Catholics” should be denied Holy Communion in accord with Canon 915 of The Code of Canon Law, which states:

Those who have been excommunicated or interdicted after the imposition or declaration of the penalty and others obstinately persevering in manifest grave sin are not to be admitted to holy Communion.

Most recently, Biden declared that he does not believe the Church’s teaching that life begins at the very moment of conception (meaning, the very moment egg and sperm are united), a teaching based not on revelation but on science.

But the current debate on the long-standing issue of denying Holy Communion to Catholic politicians who vote to enshrine abortion as a “right” in this country may be ancillary to a larger issue: the subordination of religion to the state.

Each of these condemnations came with a formal declaration that such individuals were cut off from reception of the Sacraments!

On the 30th of September 1930, Bishop Ludwig Maria Hugo, the Bishop of Mainz, issued a set of three directives regarding the Nazi Party:

When asked for confirmation of this directive by a newspaper called De Hessen, Bishop Hugo wrote a four page letter to the newspaper and cited three elements of the Nazi Party Platform that alone made it impossible for a Catholic to be a member of that party:

1) Paragraph 24 of the program says in the first part: “We advocate the freedom within the State of all religious confessions, as long as they do not endanger its safety.”

2) Paragraph 24 says in the second part: “We ask for the freedom in the State of all religious confessions, since they do not, however, run counter to the morality and moral sense of the Germanic race.”

3) Section 24 says in its third part: “The party as such stands for a positive Christianity without however binding itself to any particular religious confession.”

The world is now fully aware of the lying, thieving, and murderous programs of the Nazi Party; but in 1930 those actions were not yet manifest. What makes the bishop’s condemnation of the Nazi Party for these three positions (making all religions equal and approving of them insofar as they do not conflict with policies of the German state) so interesting is that they would be completely ignored by bishops today.

Indeed, these positions don’t even come close to being as overtly wicked as positions held by some modern political parties. At the end of his letter condemning these positions, the bishop concluded with these words:

It is true that Hitler in his book “Mein Kampf” wrote some respectful words for the Christian religion and for Catholic institutions, but this does not take away the conviction that the political culture of national socialism is in antithesis with Catholic Christianity.

The above quotations [referring to Paragraph 24 from the Nazi Party Platform] contain the answer to the question: Can a Catholic be a registered member of Hitler’s party?—Can a Catholic parish priest allow members of this party to participate in religious funerals or other functions?—Can a Catholic who professes the principles of this party be admitted to the Holy Sacraments? We have to answer negatively.

In short, the Nazi Party was forcefully condemned, and Catholics were forbidden from being members because of the Party Platform that made religion subordinate to the state.

In 1936, Cardinal Johannes de Jong, the Archbishop of Utrecht in the Netherlands, condemned the Nazi Party and also forbade supporters from Holy Communion. According to a report by the Associated Press from 24 May 1936, he said:

We remain convinced that the Church and our country will be grievously damaged and the fulfilling task of bringing grace will be rendered impossible when the Nazi movement gets the upper hand. Therefore, we, the shepherds of your souls, in full knowledge of our responsibility, declare that those who materially support this movement will be banned from the Sacraments.

After the war ended in 1945, the Soviet Union very quickly rose to fill the void as the greatest threat to Western Civilization. Within four years, the Vatican issued a full-fledged condemnation of Communism in response to a dubia, forbidding Catholics from becoming members of the Communist Party under penalty of being denied the Sacraments. According to the response from the Sacred Congregation of the Holy Office, those professing, defending, or spreading communist ideologies were also automatically excommunicated as apostates from the faith.

On July 16, 1949, The Tablet in New York published the text of the decree condemning Communism.  Here is that text in full:

This Supreme Sacred Congregation of the Holy Office has been asked:

1) Whether it is lawful to enlist or show favor to the Communist Party?

2) Whether it is lawful to publish, read or disseminate books, newspapers, periodicals, or leaflets in support of Communist doctrine and practice or write in them any articles?

3) Whether Catholics who knowingly and freely place actions as specified in No. 1 and 2 above may be admitted to the Sacraments?

4) Whether Catholics, who profess and particularly those who defend and spread, the materialistic and anti-Christian doctrine of the Communists, ipso facto, as apostates from the Catholic faith, incur excommunication reserved specifically to the Holy See?

The most eminent and reverend Fathers, charged with the defense of matters pertaining to faith and morals, after having previously heard the opinion of the consultors, at a plenary session held on Tuesday, the 28th day of June, 1949, decreed that the above-mentioned questions must be answered as follows:

To no. 1—In the negative, for Communism is materialism and anti-Christian. Besides Communist leaders, although they sometimes verbally assert that they are not opposed to religion show themselves nevertheless, both by doctrine and by action, to be in reality enemies of God, of the true religion, and of the Church of Christ.

To no. 2 —In the negative, inasmuch as this is prohibited by law itself—see Canon 1399.

To no. 3—In the negative, in accordance with common principles governing refusal of Sacraments to those not having proper dispositions.

To no. 4—In the affirmative.

And on the following Thursday, the 30th of the same month and year, His Holiness Pope Pius XII, when informed of the decision in the usual audience granted to His Excellency, the most Reverend Assessor, approved and ordered to be published the above answers in the ‘Acta Apostolicae Sedis.’

Today, one has to wonder if the Democratic Party could and should be condemned for its own party platform and Catholics forbidden from being members under penalty of being denied the Sacraments.