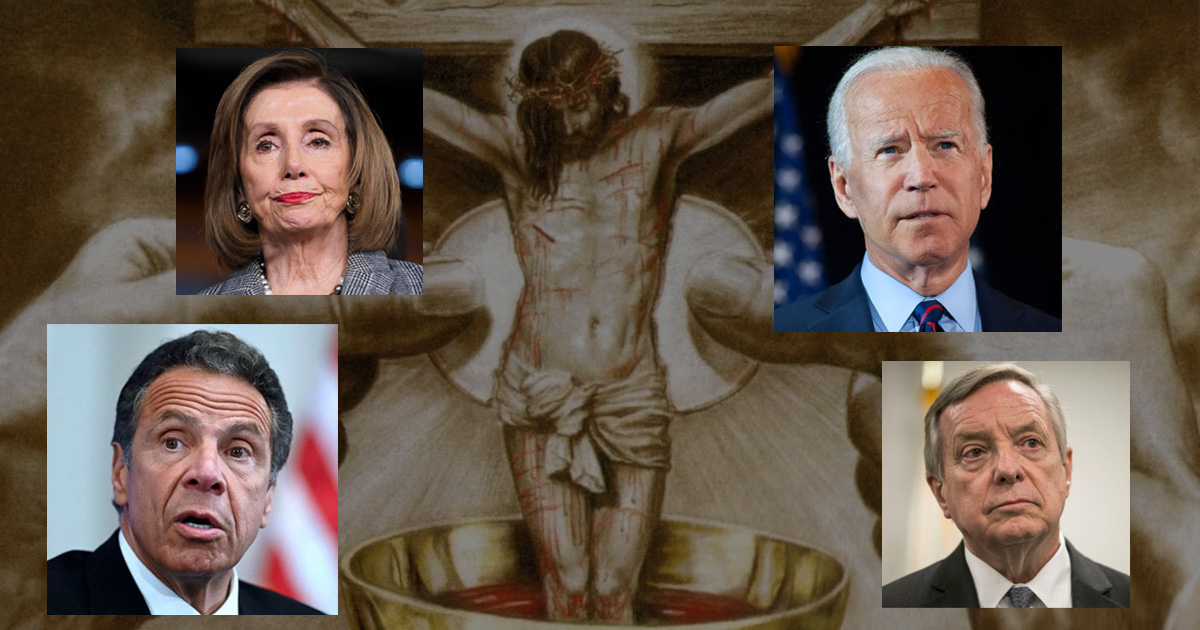 We probably won’t know until later today what the American bishops voted to do about the grave scandal of wayward “Catholic politicians” who have become some of the most defiant supporters of abortion in the nation. Joe Biden, somewhere along his politically ambitious way, has been persuaded to say – against all evidence provided by “The Science” – that human life does not begin at conception. Nancy Pelosi, in the course of an eccentric “Catholic” education, was taught that God gave “women” the freedom and ability to decide right and wrong. Not to address these sowers of falsehood and infant mayhem in strong terms, backed by action, would add another scandal on top of the one that already exists.

It won’t be easy, but let’s pray that our good bishops find a strong voice. And act.

One of the advantages of belonging to a long tradition is that the Church has faced similar things in the past:

Then, as now, there were many other complex factors in both cases. But these great saints acted and stuck to their guns. They did not give political malefactors cheerful audiences, as if evil activities could be ignored in persons occupying high offices. The Church remembers these men as among our very greatest leaders.

In more recent times, the Latin American bishops met in Aparecida, Brazil, and issued a 2006 document, shepherded by then-Cardinal Jorge Mario Bergoglio, which stated that politicians and medical personnel, “cannot receive holy communion and at the same time act with deeds or words against the commandments, particularly when abortion, euthanasia, and other grave crimes against life and family are encouraged. This responsibility weighs particularly over legislators, heads of governments, and health professionals.”

By contrast, current defenders of our pro-abortion “Catholics” shrink from the “politicization” of the Eucharist. By which they do not mean that Eucharistic Coherence would have some political consequences. Pretty much anything the Church does – anything any person or group does – will have political repercussions. No, they mean that getting tough on abortion promoters would be some sort of partisan attack on Democrats.

But whose fault is that? Eucharistic Coherence doesn’t threaten the small number of pro-life Democrats (may their tribe increase!). And it would apply equally to Catholic Republicans who stubbornly support abortion and its public funding – should there be any. If you’ve chosen your political party over your Church, you really shouldn’t complain when the Church points that out.

Neither should anyone be much impressed with the argument that denying Communion to intransigent abortion supporters “weaponizes” the Eucharist. Does anyone really think that stone-cold, pro-abortion politicos would really feel threatened by such a move? And besides, if Eucharistic Coherence means you should not present yourself for the sacrament because of the choices you’ve made, who is threatening whom? You’re the one choosing to publicly challenge Church teaching by your words and actions, and demanding your own way. If the Church then takes it seriously that you don’t believe what the Church believes, is that being aggressive?