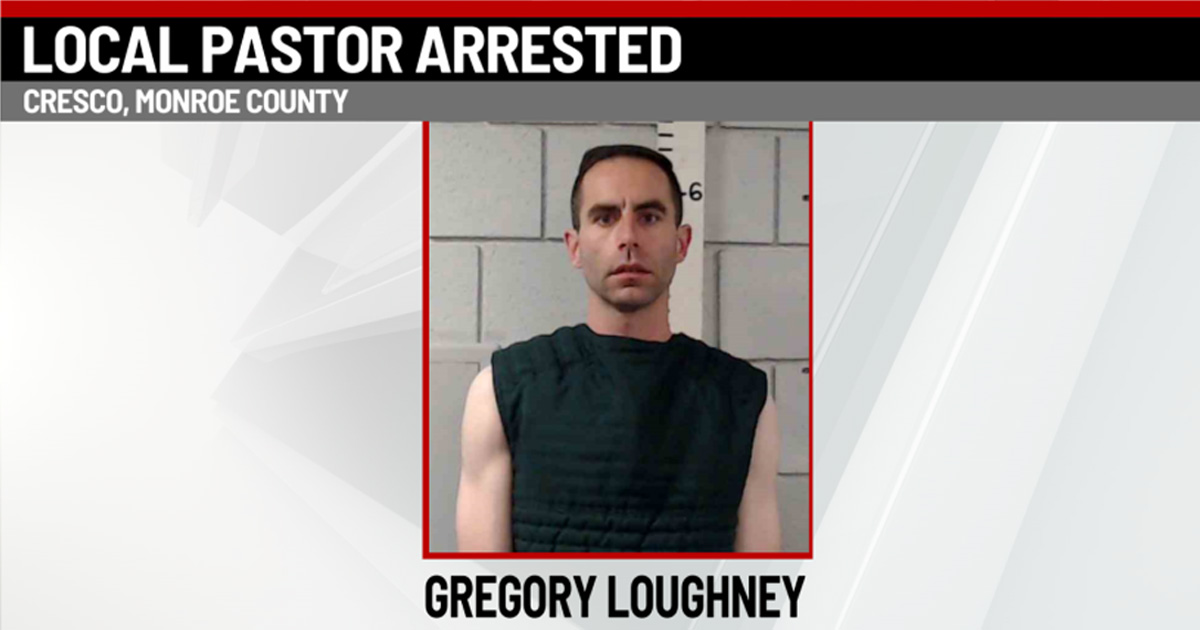 A pastor of Most Holy Trinity Parish was arrested Friday. He’s facing multiple sex crime charges after police say a “predator catcher” met up with the Cresco pastor.

Police say 42-year-old Gregory Loughney came to meet with who he thought was going to be a 15 and 16-year-old boy inside. Instead, he was confronted by a member of the 570 Predator Catchers.

Around 8:30 p.m. Friday night, Pocono Mountain Regional Police Department were dispatched to Wawa in Blakeslee for a verbal altercation in the store and parking lot.

The predator catcher had confronted Father Gregory Loughney inside. They quickly took their discussion to the parking lot.

As police responded to the scene, Loughney called 911.

According to the affidavit, Loughney told a dispatcher with the Monroe County Control Center: “I made a mistake and I need to report myself.”

Loughney is accused of exchanging sexually explicit messages with a member of the 570 Predator Catchers who posed as a 15-year-old boy.

They met on Tinder and continued their conversation to WhatsApp where investigators say they talked about showering together, having oral sex and using sex toys.