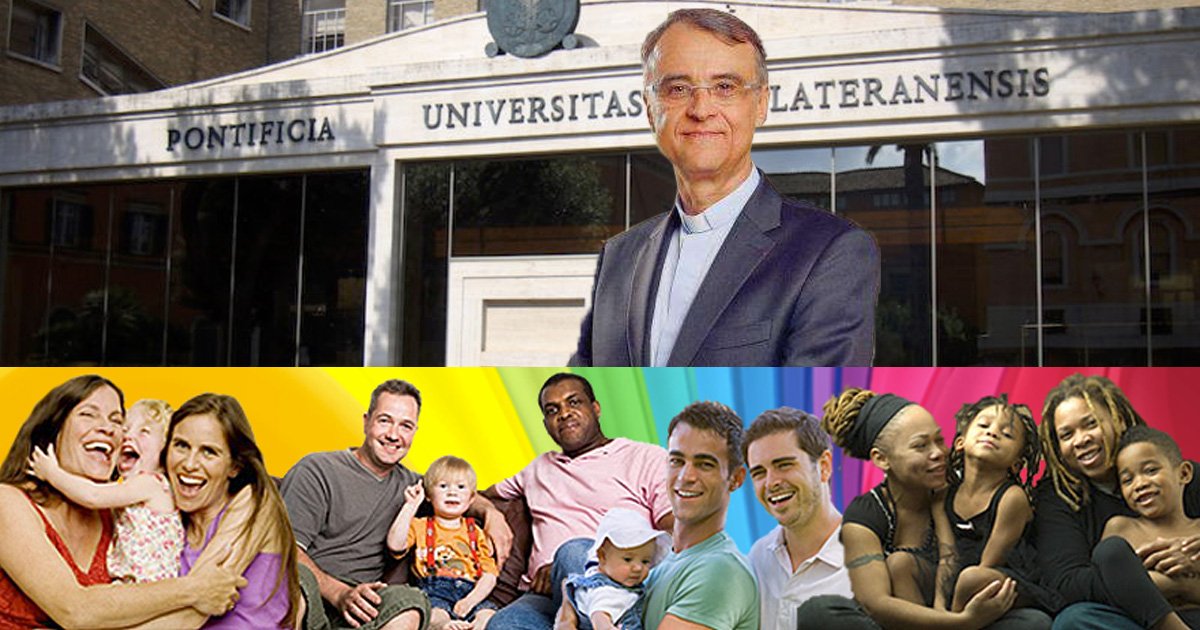 Weeks after taking up his post as new president of the former John Paul II Institute for Marriage and Family, Monsignor Philippe Bordeyne made a remarkable statement in a revealing interview with La Croix International, the English-language daily edited by La Croix, unofficial daily of the French episcopate, saying, “We theologians cannot continue to assert certainties about the family when we see the transformations it is undergoing today.”

What are “certainties” about the family seen from the Catholic point of view? They are definitions, rules of life. They are reflections based on the natural realities and aims of marriage, and the natural laws that govern it. They are the result of the scrutiny of the revelation that tells of God’s plan for mankind, of the supernatural objective of procreation, which is to people God’s heaven with saints, and of the nature and value of sacramental marriage, which is a reflection of Jesus’ love for the Church.

When St. John Paul II founded the Pontifical Institute for Studies on Marriage and the Family, it was clearly and profoundly attached to traditional Catholic doctrine on marriage, acknowledging the existence of absolute moral norms that are always binding and prohibit intrinsically evil acts. Such were the “certainties” mentioned above – and the fact that they were certainties did not make them uninteresting or rigid in the sense that they could not account for new realities of the day.

On the contrary, they were the principles, the supporting walls on which the Church could build in order to assess modernity and, if necessary, challenge it with the help of faith and reason – as it did, for instance, with gender ideology, which is a radical negation of the rules of God’s creation.