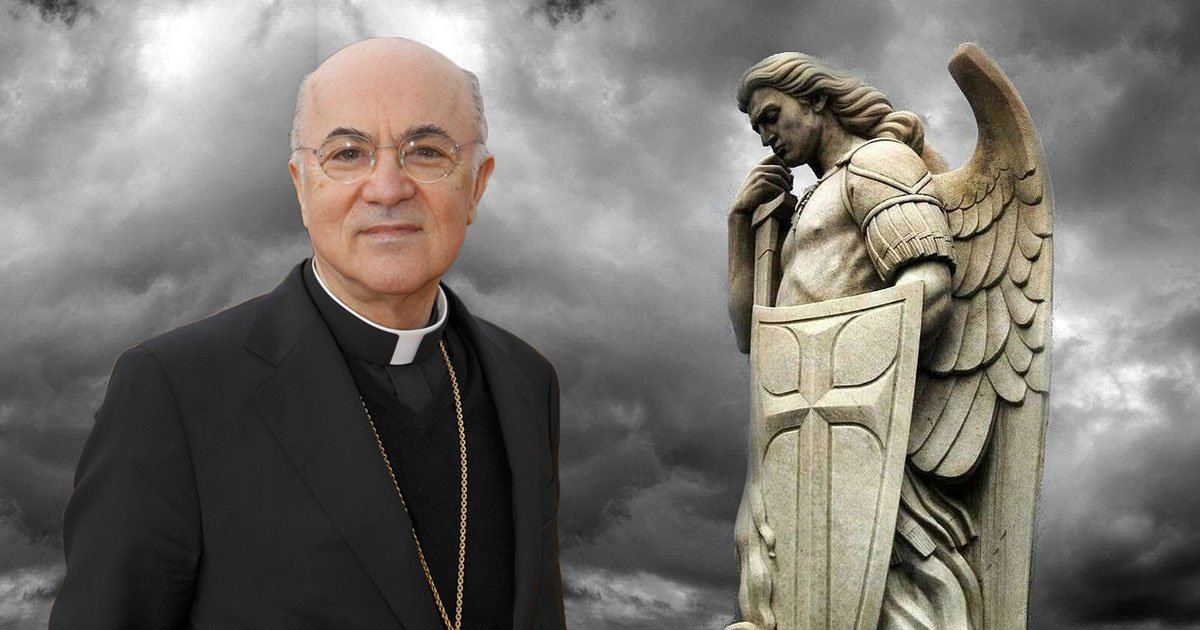 In this moment of very serious spiritual and material crisis, in which the public Authorities support the plans of the New World Order and the Shepherds are silent accomplices in the face of the destruction of society and of the Church of Christ herself, it is our sacred duty to unite ourselves to the spiritual battle, aligning ourselves without hesitation under the banners of Christ our King and Mary our Queen.

The Lord has given to Bishops and Priests the power to cast out demons in His Name. Already on Holy Saturday of 2020 many of them welcomed my appeal with generosity and a supernatural spirit. Today I intend to renew this appeal. I ask, therefore, my venerable Brothers in the Episcopate and Priesthood to dedicate the Vigil of the Assumption of the Most Blessed Virgin Mary to prayer and fasting, and to reciting the Exorcismus in Satanam et angelos apostaticos of Leo XIII (Rituale Romanum, Tit. XII, Caput III), at the hour of 12 noon in Rome. This sacramental will be placed under the mantle of the most fearful Adversary of the infernal powers, so that the choral prayer of the Ministers of God will remove from the Church and the world the snares of the Enemy of mankind which today threaten society, families, individuals, and in a particular way the faithful of Christ.

The secularized world, and along with it not a few Shepherds, will be able to mock this appeal and the Exorcism itself, considering it the legacy of a past to be cancelled along with the Faith of our fathers. But we know well that, although we are unworthy sinners, a power has been given to us by Our Lord which terrorizes the Gates of Hell and its servants.

In the silence and fasting which prepares us for the Feast of the Assumption of the Queen of Heaven, let us invoke the Most Holy Virgin, terrible as an army set in battle array, and Saint Michael the Archangel, the Patron of the Holy Church and Prince of the Heavenly Hosts.