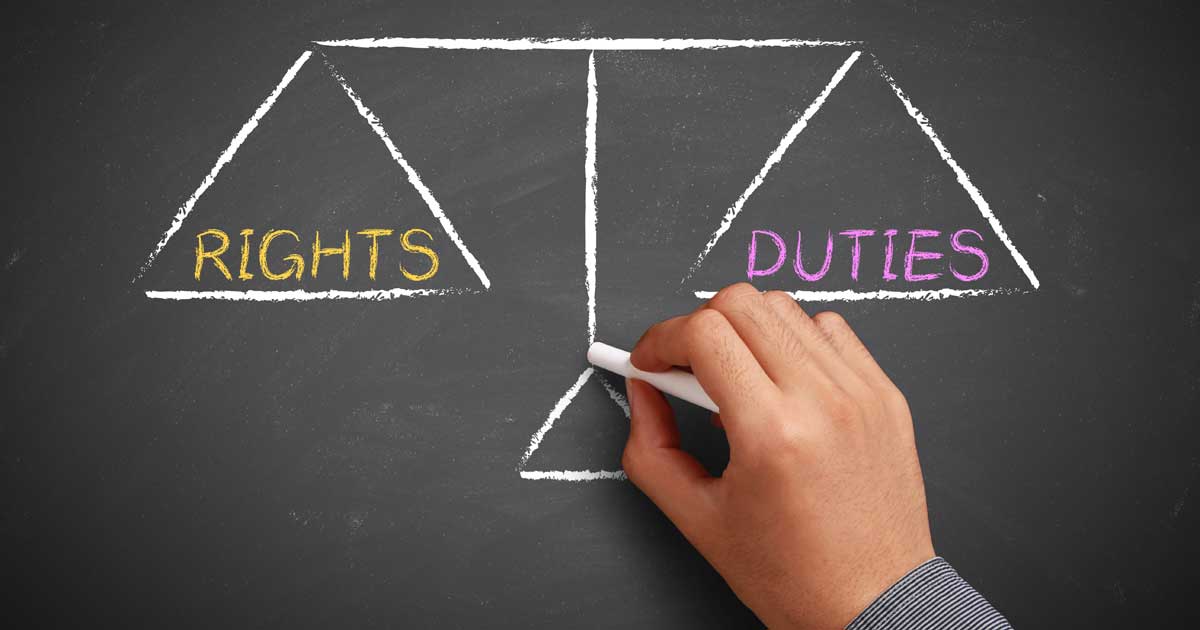 A morality of rights does it the other way around: If you have a right to do X, then the rest of us, including the government, have a duty to respect your right.