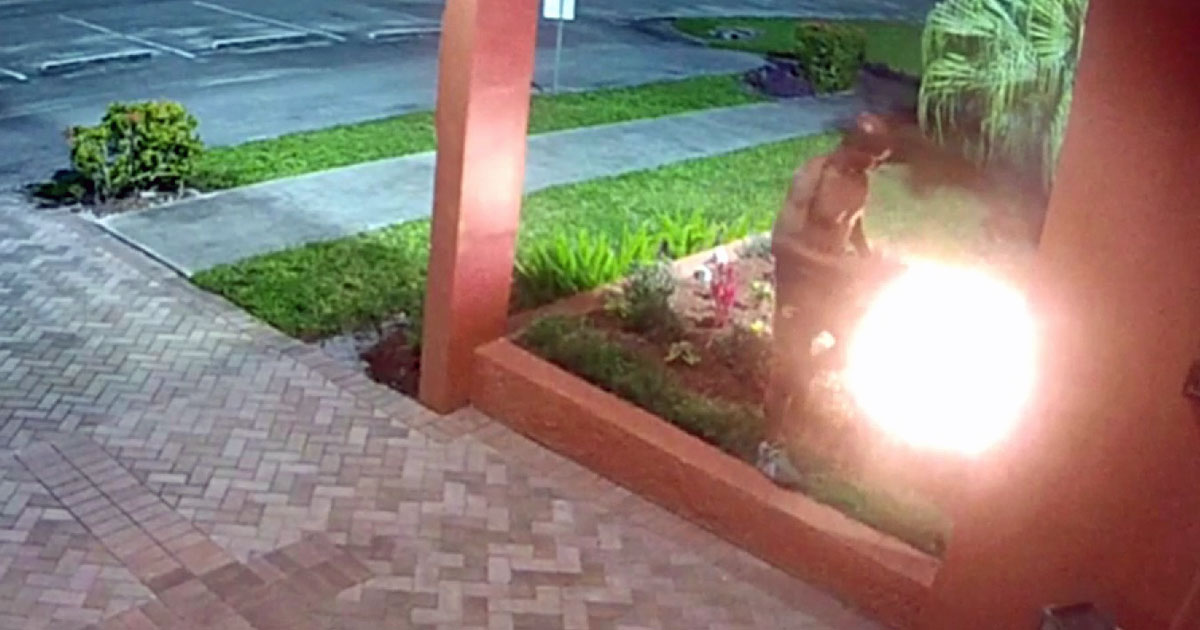 Surveillance video from early Sunday at the Saint Bernard Catholic Church in Sunrise shows a shirtless man appearing to hurl a rock at a statue of Jesus perched outside.

Minutes later, video then shows the same man clutching a can of accelerant, pouring it on the garden below, and lighting it on fire.

Father Jorge Rodriguez de la Viuda said not only were the hands broken from the Jesus statue, but in another part of the church, a statue of the Virgin Mary was beheaded. The statue of St. Francis was missing a head as well.

Some of the broken sculpture pieces were then shoved inside a storm drain.