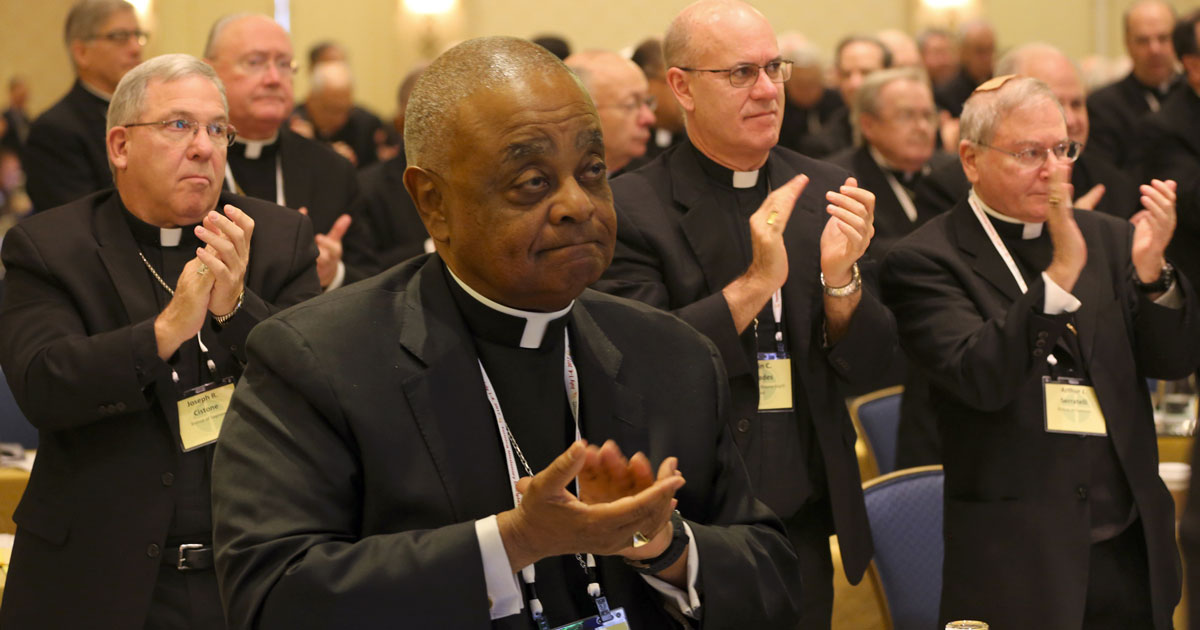 United States Conference of Catholic Bishops (USCCB): “We congratulate Mr. Biden and acknowledge that he joins the late President John F. Kennedy as the second United States president to profess the Catholic faith.”

Joe Biden’s campaign to con Catholics, often with the help of their own bishops, paid off. He appears to have scooped up at least half of Catholic voters. In the crucial Rust Belt states, he fared far better with them than Hillary Clinton did.

“It turns out that while Trump stays on par (or better) with the Catholic vote nationwide, the GOP’s share of the Catholic vote has been slowly dropping wherever Catholics are more thickly clustered. Trump’s 8 percentage point drop from 2016 with these voters — especially in the swing states of Wisconsin, Michigan and Pennsylvania — is a continuation of a longstanding trend,” reports the Religion News Service.

Countless bishops told Catholics that they could vote for Biden in “good conscience,” and they did. Many bishops aligned with Pope Francis discouraged Catholics from focusing on differences between Trump and Biden on abortion. Don’t be “single issue” voters, they said.

Now the bishops will reap what they have sown. In the first days of the Biden administration, we will see all of Trump’s pro-life executive orders vanish, along with the protections of religious freedom he extended to conscientious Christian doctors, nurses, and others. The Obama-era assault on the First Amendment will begin anew. The Left is already salivating at the prospect, celebrating the “pain” Christians will feel under a Biden presidency.

TAKE ACTION: Contact your bishop and express your outrage about the USCCB offering its congratulations to the most anti-Catholic presidential ticket in U.S. history before the final outcome of this election has been determined by the courts.