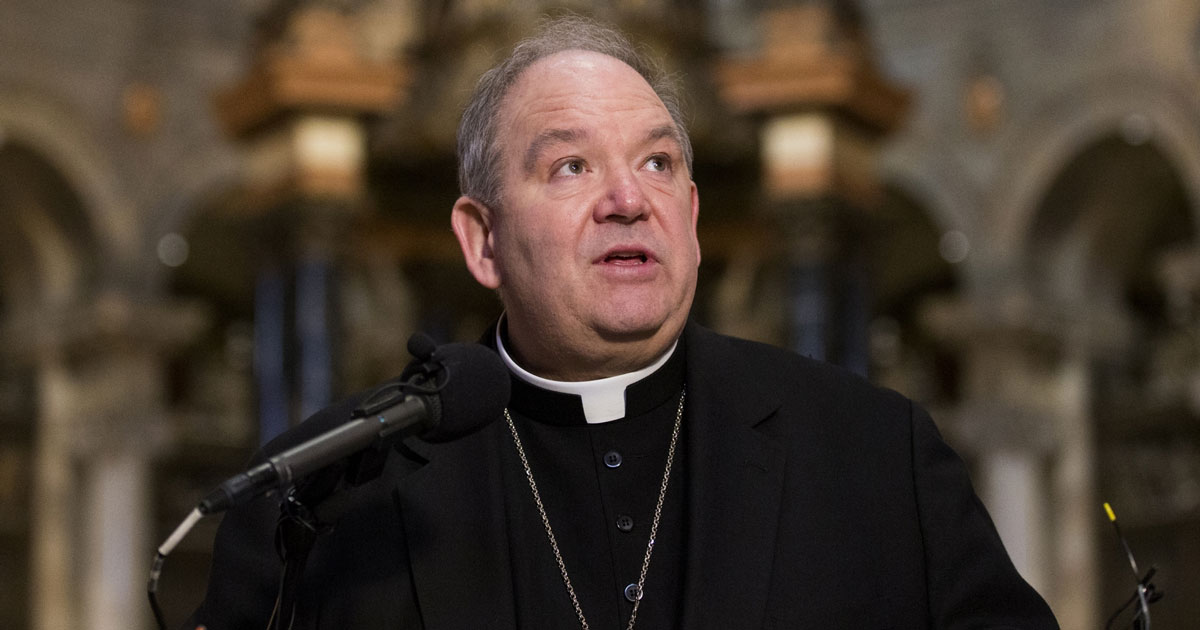 Following Pope Francis’s pronouncement in a just-premiered documentary seemingly supporting the legalization of same-sex civil unions, a U.S. archbishop has added his support in order to “reverence the dignity of those in same-sex relationships.”

Archbishop Bernard A. Hebda of Saint Paul and Minneapolis noted in a recent statement that the Pope believes civil unions are “a kind of middle way that would allow persons of the same sex in long-term relationships to have legal benefits without a civil redefinition of marriage itself.”

While those individuals certainly deserve to be treated with the dignity accorded to all human beings, same-sex relationships — “long-term” or otherwise — do not deserve to be reverenced or recognized by the Church.

TAKE ACTION: Contact Bishop Hebda and let him know what you think about his statement supporting homosexual civil unions. Archbishop Bernard A. Hebda
Archbishop of Saint Paul and Minneapolis
777 Forest Street, St Paul MN  55106-3857
click on an icon below to contact the Archbishop