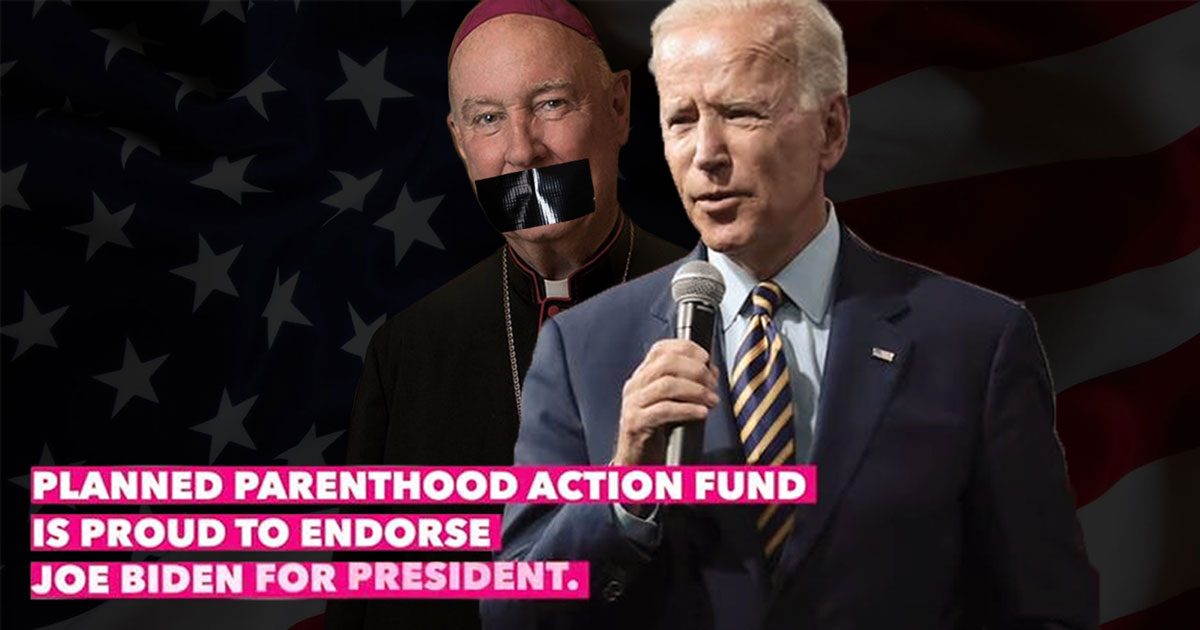 If anyone could have strengthened Presidential candidate Joe Biden’s Catholic faith and affected the course of history, it is his bishop, William Francis Malooly.

For the last 12 years, Malooly has been the former vice president’s shepherd in Wilmington, Delaware, Biden’s home diocese. It was on Malooly’s watch that Biden went from:

Within six weeks of Malooly’s arrival in Wilmington, his most influential parishioner — Joe Biden — was named Barack Obama’s running mate. Biden had a reputation as a solidly moderate Democrat — blue-collar Joe. It was one of the reasons he was chosen to be the vice-presidential nominee.

In his 2008 nomination acceptance speech, Biden told the nation, “I’m here for everyone I grew up with in Scranton and Wilmington; I’m here for the cops and the firefighters, the teachers and the assembly line workers, the folks whose lives are the very measure of whether the American dream endures.”

But Biden’s Catholic beliefs had already begun to collapse. In an April 2007 interview with Tim Russert on Meet the Press, Joe Biden expressed his support for Roe v. Wade, something he had already been saying for years.

TAKE ACTION: Contact Bishop Malooly and tell him to publicly denounce Biden’s positions on abortion and same-sex marriage.  If he refuses, the bishop is complicit in Biden’s sins. Bishop W. Francis Malooly
Bishop of Wilmington
1925 Delaware Avenue, Wilmington DE  19899
click on an icon below to contact the bishop