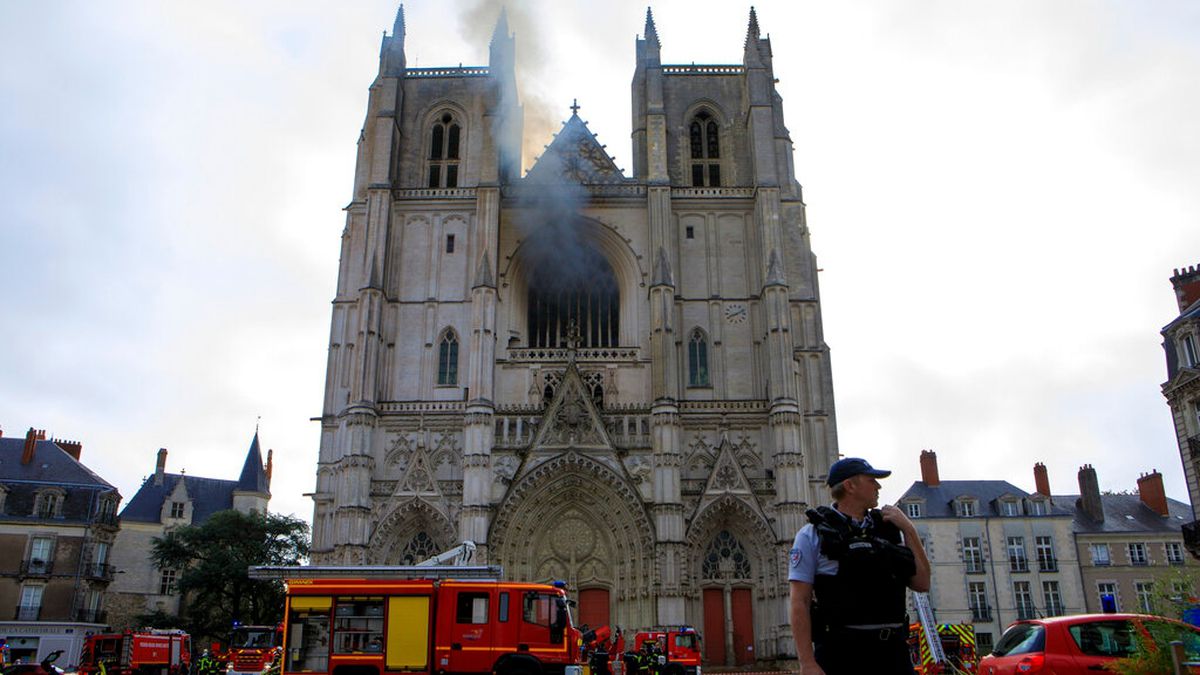 The blaze comes just over a year after a massive fire at the historic Notre-Dame Cathedral in Paris.

A fire ravaged a 15th-century cathedral in the western French city of Nantes on Saturday, blowing out stained-glass windows and destroying a grand organ.

French officials said they suspected arson was behind the blaze at the Cathédrale Saint-Pierre-et-Saint-Paul de Nantes or Cathedral of St. Peter and St. Paul of Nantes.

Prosecutor Pierre Sennes told reporters three fires had been started at the ancient site and authorities were treating the incident as a criminal act. He gave no further details.

The blaze began early Saturday morning around 7.45 a.m. local time (2:45 a.m. ET), engulfing the inside of the church with massive flames.