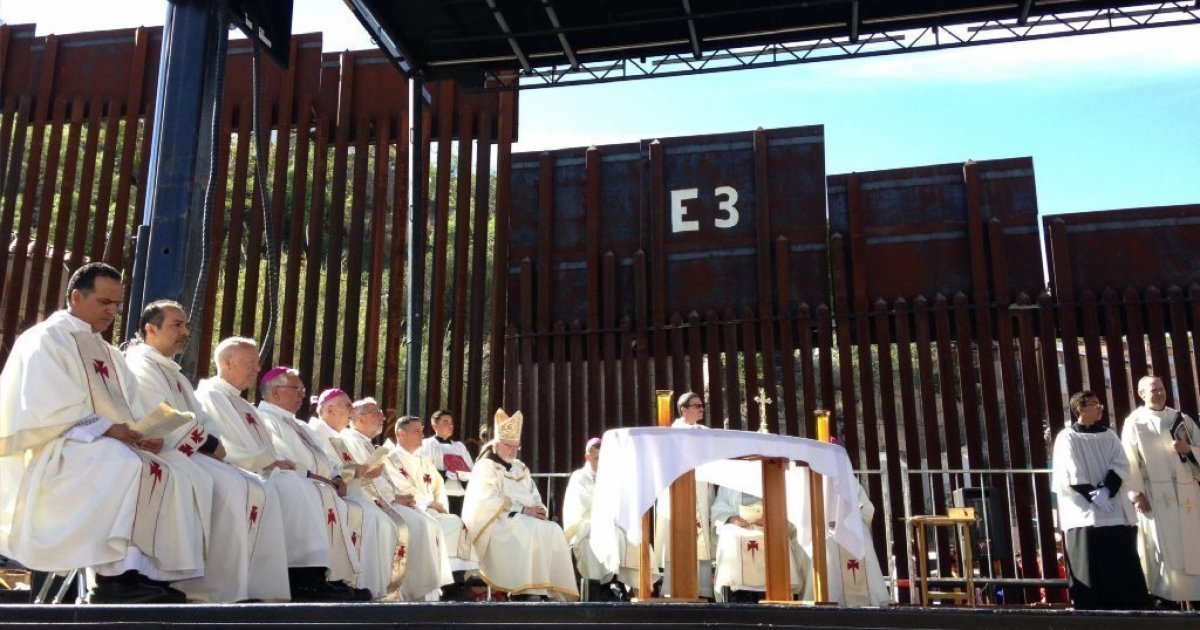 Why aren’t US bishops advocating for fixing the problems in other countries that are causing illegal immigration in the first place?

A group of 14 Catholic bishops who live on the U.S. and Mexican sides of the Texas-Mexico border have signed a statement rebuking President Trump’s immigration policies. It’s a mixed bag of some good but mostly bad arguments.

I’ve previously written about how the bishops rely on proof-texting Bible verses to support their open borders stance. Read here. Unsurprisingly, their latest statement begins by quoting Matthew 25:35 (one of their favorites): “I was a stranger and you welcomed me.”

Quite obviously, Catholics must do this. But always with prudence. There is an order to charity that, at least when it comes to matters of national policy, must first be extended to fellow Americans. To my knowledge, U.S. bishops have never called for a limit on the number of years refugees should stay in the United States. Nor have they endorsed a cap on how many of them should be allowed in. On this, they’re in lockstep with the Democrat Party, which wants a steady flow of persons coming in over the southern border. I’d be shocked to learn if any of the bishops were in favor of putting ceilings on either figure. But unlimited and indiscriminate flooding of strangers into a country clearly violates Catholic principles on the rights and duties of nations to protect their common good. (Read more on that topic in this in-depth interview with a priest from the Society of St. Pius X.)