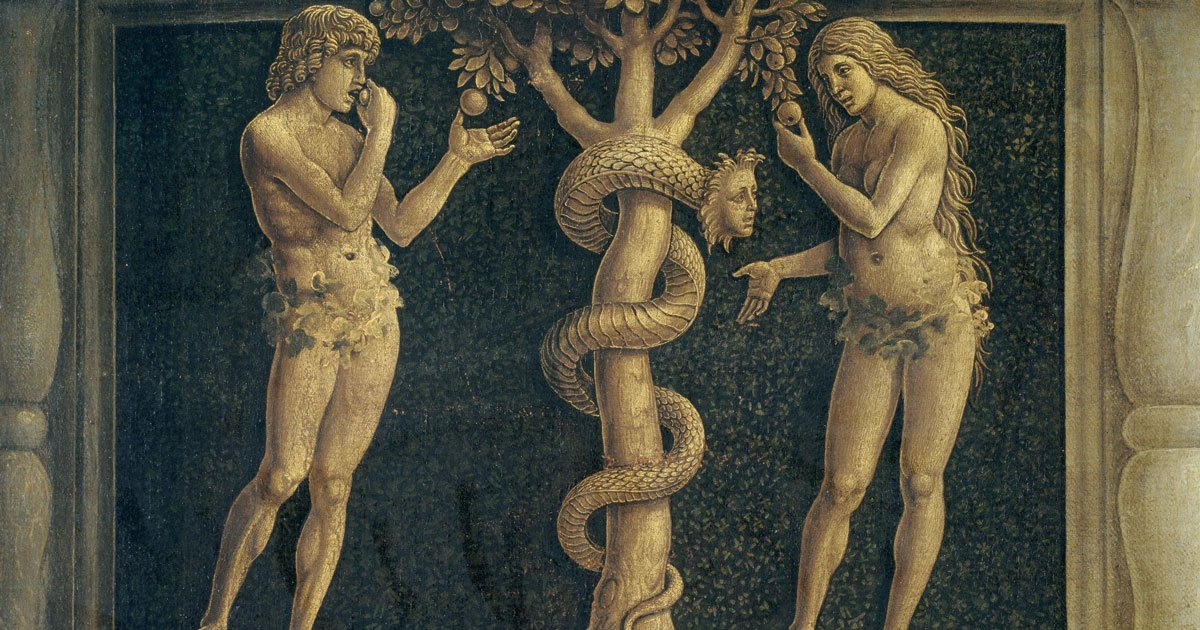 It seems to me that there are three things that happened in the Garden of Eden—specifically concerning God’s creation of human beings—that can help us understand the darkness that we are experiencing in our culture today.

Three things were established when God created human beings, whom He made in His own image and likeness.

The very first thing God gave us was life itself. Life is basic and inherent to being human. That seems like a great big “duh”… but we need to say it out loud.

It makes sense that Satan, that ancient serpent, would seek to destroy the good of human life.

He convinced us to bring abortion to our land. Not just wiping out human life, but specifically innocent human life, by the millions, and convincing us to pronounce that evil as good.

It makes sense that Satan, that ancient serpent, would seek to destroy the good of marriage.   He convinced us that the essentials of marriage—namely, its very nature as permanent, procreative, and conjugal—should be rejected. Divorce, contraception, and “gay marriage” accomplished the negation of the true nature of marriage, and we now pronounce those evils as good.

Human beings were created from the beginning as complementary in nature: “Male and female He created them.” This is so basic, so clear to all cultures in all times and places that it’s perhaps the greatest of all “duh”s … but we need to say it out loud.

It makes sense that Satan, that ancient serpent, would seek to destroy the good of our very natures as male and female.

This last was the hardest thing to accomplish of course—as there are few things more obvious and inherent than our ontological nature as woman or man—so he saved it for last. But if he could get us to fall for the negating of life and marriage, then convincing us to deny and erase our very natures as male and female comes almost easily. We now uphold and protect and promote the evil of transgenderism and “gender fluidity” as a good.