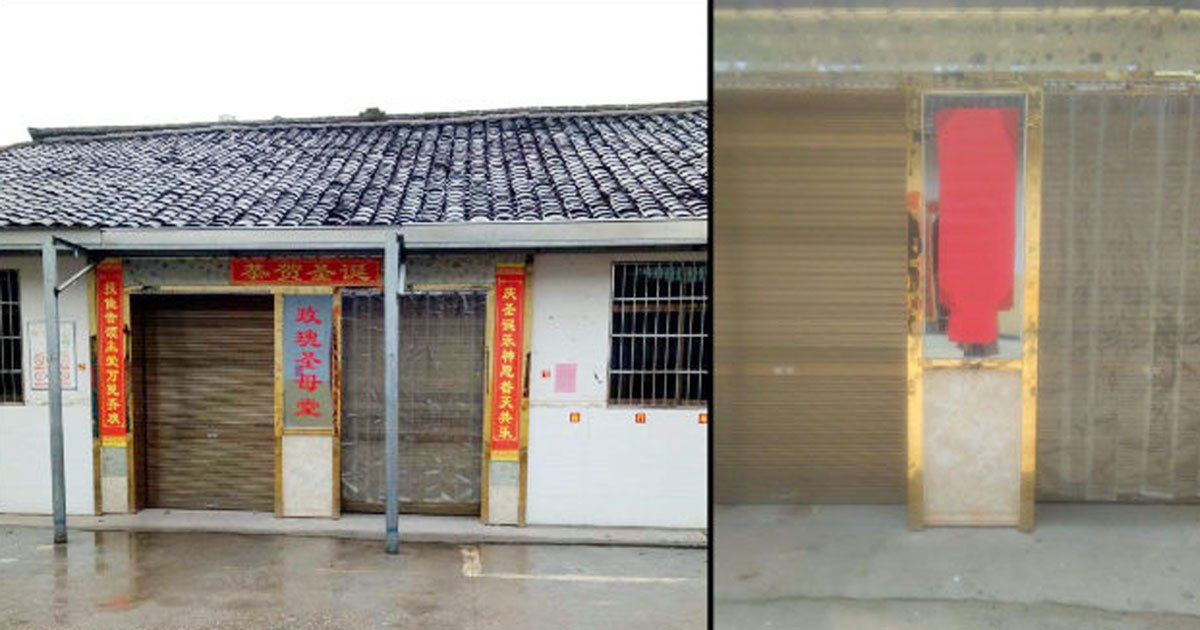 Just some of the bitter fruits of the Vatican/China deal.

As the coronavirus lockdown measures were eased, the CCP recommenced threats and intimidations against Catholics who refuse to join the Patriotic Church.

On Easter eve, officials from the Religious Affairs Bureau raided the Holy Rosary Church in Fuzhou, a prefecture-level city in the southeastern province of Jiangxi. They pressured its leaders to join the Chinese Patriotic Catholic Church (CPCA), threatening to demolish the church, impose a fine of 200,000 RMB (about $ 28,000), and arrest its priest if the demand was not implemented. Before leaving, the officials ordered to remove the church name from the wall.

Two weeks later, the signboard “Holy Rosary Church” was covered, and all items used during Mass were hidden. The government banned services in the church already at the end of last year and has been surveilling it ever since.

After authorities closed down an unregistered Catholic church in Fuzhou’s Chongren county two years ago, the congregation began assembling in the homes of its members. At the end of March, a churchgoer who hosted some of these gatherings was singing hymns with her granddaughter at home when government officials stormed in and ordered them to stop singing, threatening to punish the woman if she hosted religious services again. When the believer contacted the closed church’s priest to ask him to hold Easter Mass, he refused, fearing to be imprisoned if the government found out. The woman thinks that if it were not for the coronavirus outbreak, which has slowed down religious persecutions in China for a while, “we believers would all be arrested.”