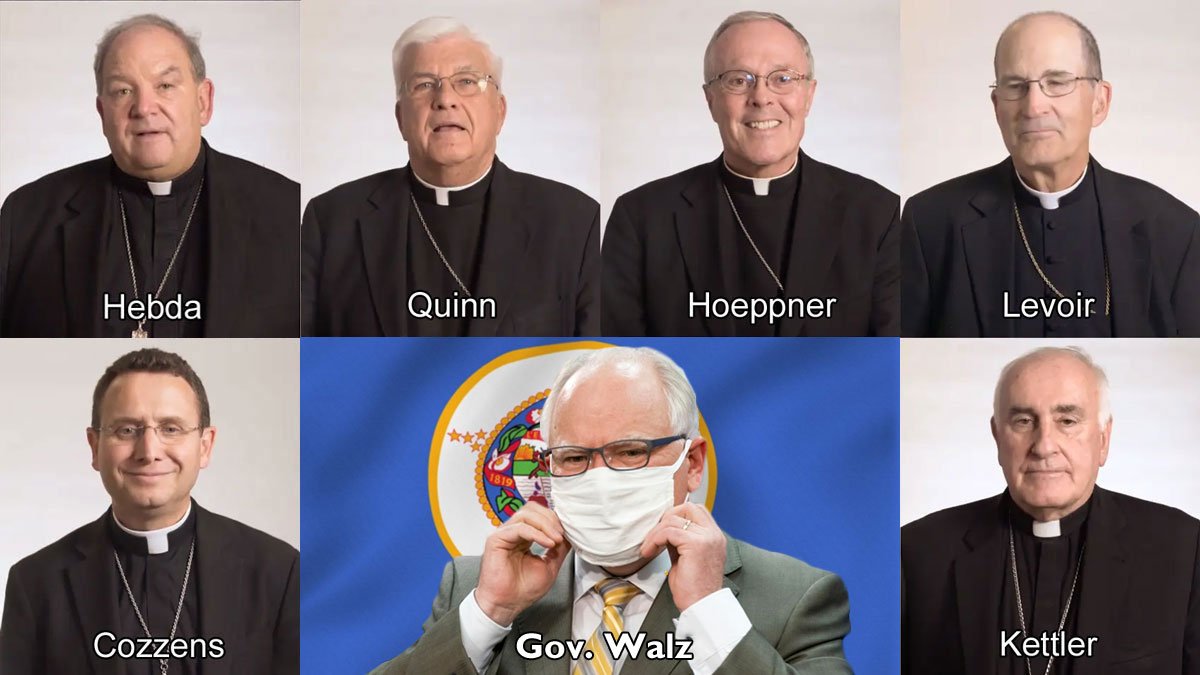 Governor Tim Walz gave a press conference, Wednesday, where he layed-out a “phased plan” to allow his state’s businesses to reopen. While his new agenda permits bars and resturants to host up to 50 patrons at a time, churches are only allowed to admit 20% that number of worshipers. The public policy voice of the Catholic Church in Minneota, the Minnesota Catholic Conference (MCC), says that their churches simply will not abide by this order come Sunday. (RELATED: Minnesota Casino Allowed To Reopen Unencumbered)

“We have attempted to work collaboratively with the Walz Administration up to this time,” wrote the MCC in an open letter to Walz, Wednesday. On May 8, the Conference says it submitted a plan for limited reopening of churches with added safety measures that was drafted “by a group of national medical experts.” Even though Walz ignored this plan, instead opting to maintain his harsh restrictions, the MCC says it’s going to push forward, conducting mass at 33% capacity with a heavy emphasis on sanitization and social distancing.

“The bishops of Minnesota are united in our conviction that we can safely resume public Masses in accordance with both our religious duties and with accepted public health and safety standards,” reads the letter.

Walz’s continued efforts to limit religious gatherings to 10 participants undervalues “both the vital importance that faith plays in the lives of Americans, especially in this time of pandemic, and the fundamental religious freedom possessed by houses of worship that allows our country to thrive,” says the MCC.