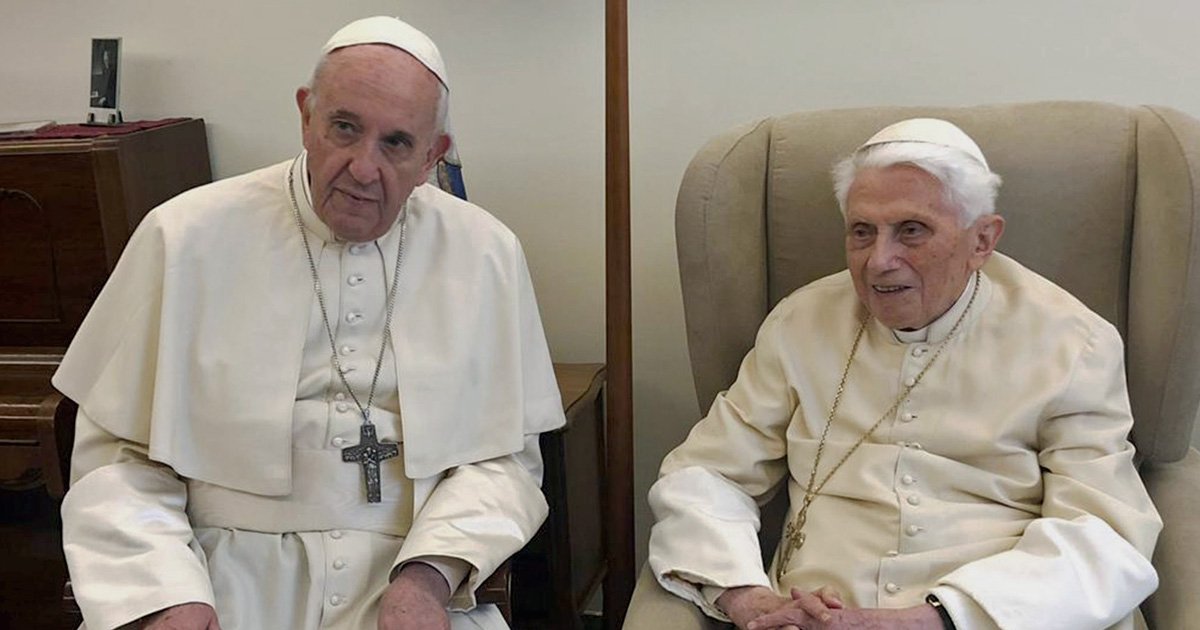 When Pope Francis grants an interview, he makes news by subverting Church teaching. When Pope Benedict XVI gives one, he makes news by upholding it. Therein lies the two popes problem about which the media can’t keep complaining. This last week it ran stories pitting the two against each other after a new book about Pope Benedict XVI appeared in which the pope emeritus defends the Church’s moral teachings and reviews the crisis in the West.

The supposed conflict, though, is mythical, as Pope Benedict XVI is far too nonconfrontational and passive to wage any sort of battle against his successor. Benedict has gone out of his way to soften any differences between the two, even though Pope Francis represents the very relativistic and politicized Catholicism he feared.

If anything, Benedict has cooperated in the Vatican’s propaganda about the continuity of the two popes. And yet liberals outside and inside the Church still want him to shut up.