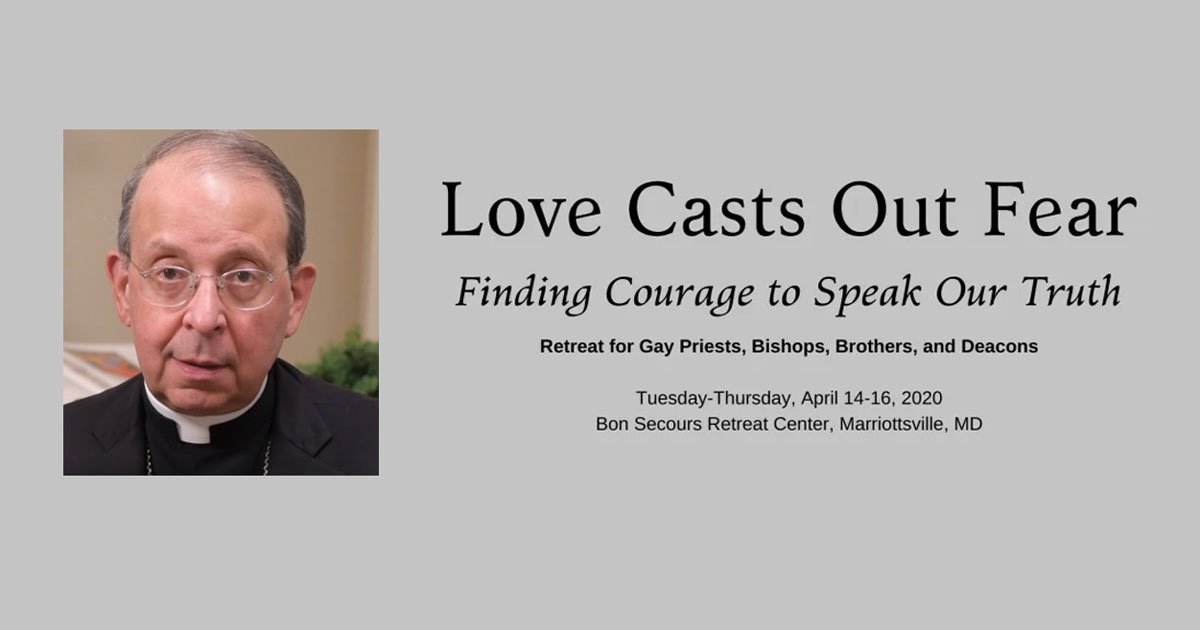 A U.S. prelate appears reluctant to scratch a retreat for “gay” bishops, priests, deacons, and religious brothers scheduled to take place in his archdiocese despite calls for its cancellation from concerned Catholics who see the event as a dangerous affirmation of homosexual identity by those who wear Roman collars.

Archbishop William Lori of Baltimore is being urged to call off the event, which is sponsored by New Ways Ministries (NWM), a pro-LGBT group condemned by the Vatican and the United States Conference of Catholic Bishops (USCCB). It will be led by Father Peter Daly, a retired priest of the Archdiocese of Washington, D.C. who has a history of advocating for homosexual clergy.

Titled “Love Casts Out Fear: Finding Courage to Speak Our Truth,” the retreat website unselfconsciously proclaims the gathering is designed for the “gay men” who are “disproportionately present in the Catholic clergy.”

The retreat will take place at the Bon Secours Retreat Center in Marriottsville, Maryland from April 14-16.

A group of concerned Catholics recently reached out to Archbishop Lori imploring him to forbid the retreat from taking place in the archdiocese, saying it is “a scandalous rejection of Church teaching by priests.”

Lori did not respond.

TAKE ACTION: Contact Archbishop Lori and ask him to cancel this scandalous event.