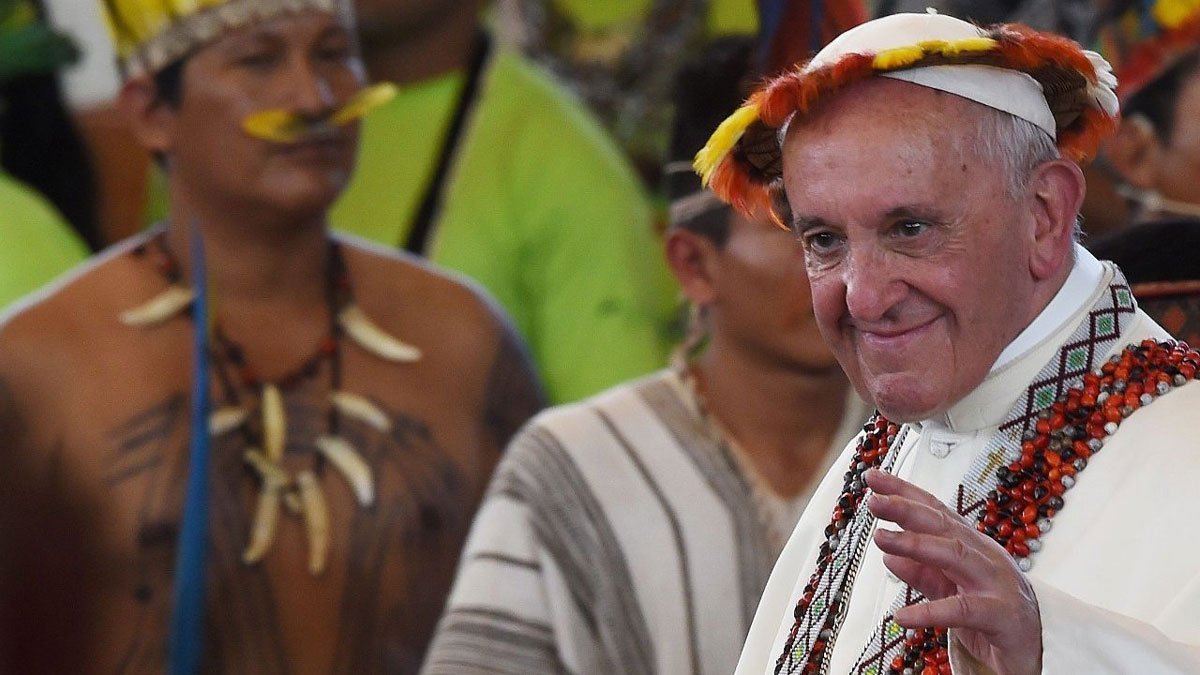 John Gravino gives us the bottom line on Querida Amazonia over at New Walden:

The implications for the German synod are clear. Francis appears to be using synodality to green-light the doctrinal changes sought after by the Germans, which, by the way, explains the German presence at an Amazonian synod that ostensibly had nothing to do with them. To those who would claim that the Vatican has already intervened against the German synod, I would refer them to QA 3 in Amoris Laetitia which appears to undercut Vatican authority.

To those who see some sort of victory in the pope’s decision not to come out and explicitly endorse heretical change to holy orders, I would say that the pope’s concept of synodality is just as bad or worse, for it effectively destroys papal primacy and apostolic authority. It is a blank check to heretical bishops who would like to recreate the church in their own image. It is a church with an Amazonian face, to be sure. Or a lesbian face if you prefer. Or gay. Or bisexual. Or transgender. It is a spectacular, multifaceted polyhedron of perversion.