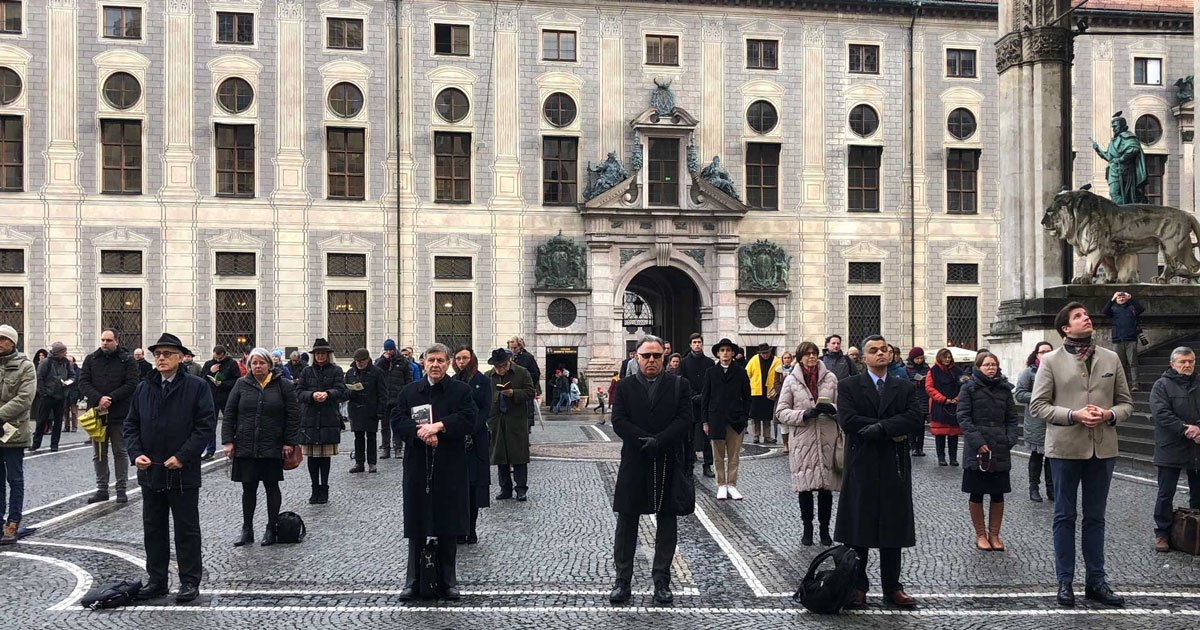 Lay faithful from around the world stood for an hour in silent prayer in the center of the Bavarian city of Munich today to ask Pope Francis and Germany’s bishops for “clarity and coherence” and an end to “dissimulation and deception.”

The group of around 130 laity, including Germans, Italians, Americans, Austrians, Brazilians, Canadians and Chileans, made the appeal due to concerns about the German bishops’ two-year “synodal path” that fully gets underway with its first general assembly on Jan. 30.

Among those present at the event was retired apostolic nuncio to the United States and whistleblower Archbishop Carlo Viganò, making his first public appearance since he went into hiding after issuing his scathing testimony in criticism of recent Church leadership in August 2018.

The participants gathered under the name Acies Ordinata, a Catholic title reserved for Our Lady who assembles an army of the faithful to defeat her enemies.

In a Jan. 18 statement, they asked Pope Francis to state if he agrees with the “doctrinal deviations” that they say are supported by many German bishops.