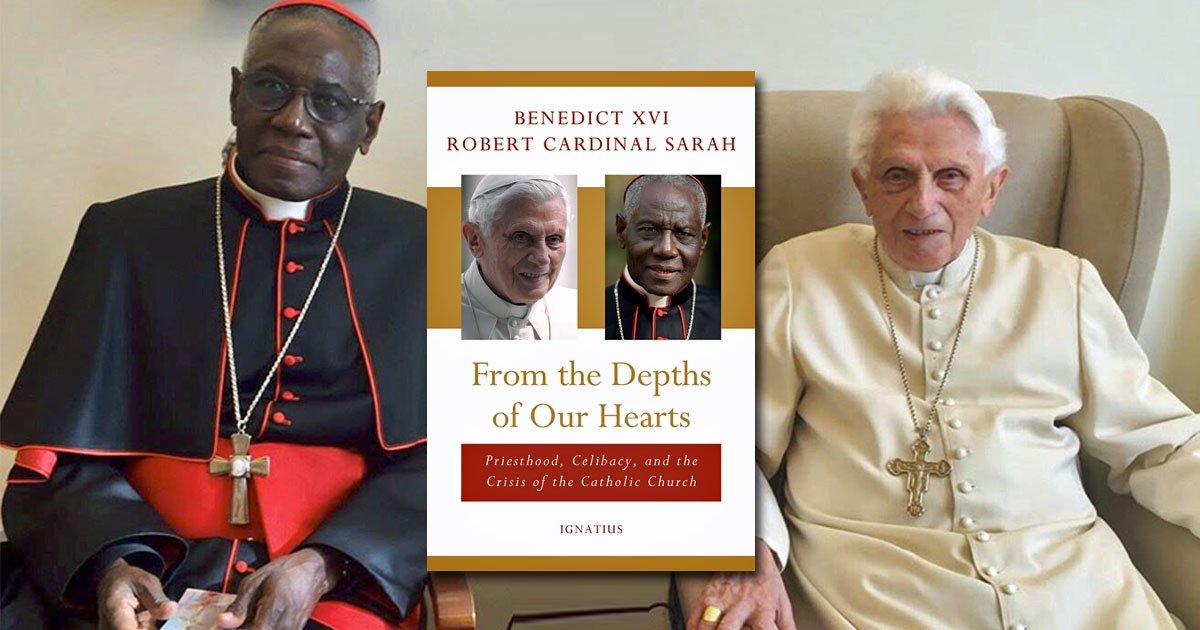 They met. They wrote to each other. Precisely while “the world rumbled with the uproar created by a strange synod of the media that took the place of the real synod,” that of the Amazon.

And they decided to break the silence: “It was our sacred duty to recall the truth of the Catholic priesthood. In these difficult times, everyone must be afraid that one day God will address to him this harsh reproof: ‘Cursed are you, who did not say anything’.” An invective, this latter, taken from Saint Catherine of Siena, a tremendous flogger of popes.

Pope emeritus Benedict XVI and Guinean cardinal Robert Sarah sent this book of theirs to the presses shortly before Christmas, and here it is coming out in France in mid-January, published by Fayard with the title: “From the depth of our hearts,” and thus even before Pope Francis has dictated the conclusions of that Amazonian synod which in reality, more than on rivers and forests, was a furious discussion on the future of the Catholic priesthood, if celibate or not, and if open in the future to women.