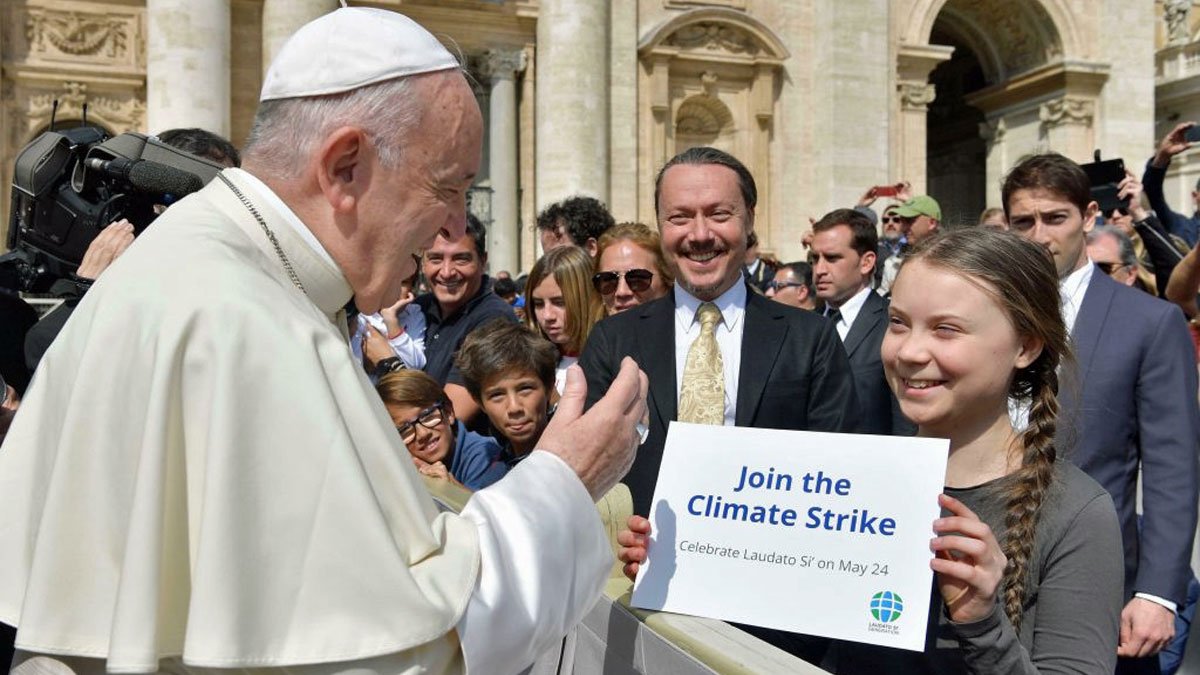 Young people “have much to offer, thanks to their enthusiasm and commitment, to say nothing of their thirst for truth, the pontiff told diplomats gathered in the Vatican for his annual speech to the corps.

“We have seen this in the way many young people have become active in calling the attention of political leaders to the issue of climate change,” he said.

Environmental action “ought to be a concern of everyone and not the object of ideological conflict between different views of reality or, much less, between generations,” the pope declared. “The protection of the home given to us by the Creator cannot be neglected or reduced to an elitist concern.”

“Young people are telling us that this cannot be the case, for at every level we are being urgently challenged to protect our common home and to bring the whole human family together to seek a sustainable and integral development,” he continued.