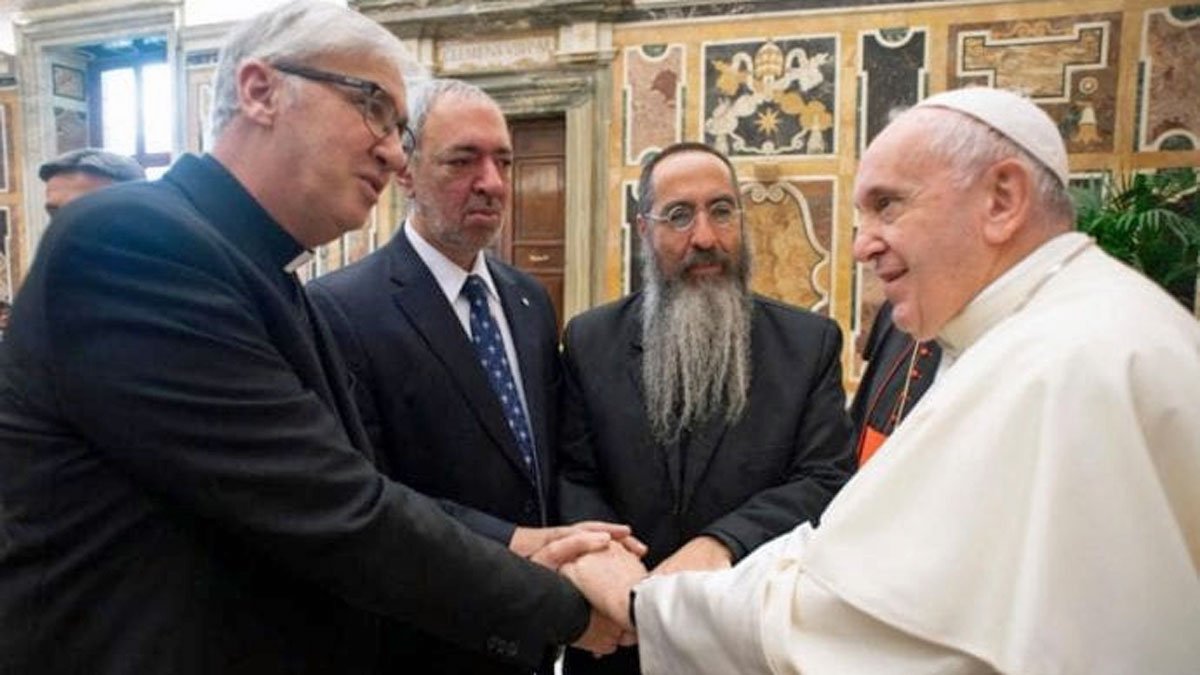 Interreligious dialogue is an important way to counter fundamentalist groups as well as the unjust accusation that religions sow division, Pope Francis said.

Meeting with members of the Argentine Institute for Interreligious Dialogue Nov. 18, the pope said that in “today’s precarious world, dialogue among religions is not a weakness. It finds its reason for being in the dialogue of God with humanity.”

Recalling a scene from the 11th-century poem, “The Song of Roland,” in which Christians threatened Muslims “to choose between baptism or death,” the pope denounced the fundamentalist mentality which “we cannot accept nor understand and cannot function anymore.”

According to its website, the Institute for Interreligious Dialogue was founded in Buenos Aires in 2002 and was inspired by then-Cardinal Jorge Mario Bergoglio as a way “to promote understanding among men and women of different religious traditions in our city and the world.”