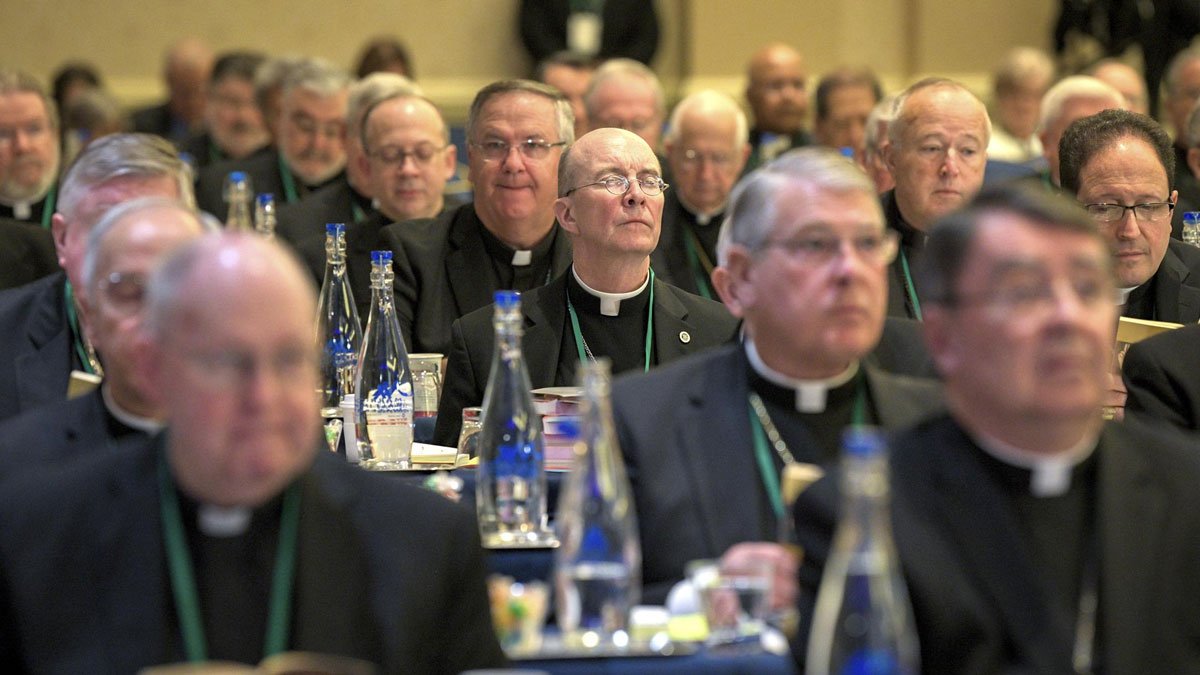 The bishops hold another pointless left-wing powwow in Baltimore.

This week the United States Conference of Catholic Bishops (USCCB) held its annual meeting in Baltimore. The bishops gathered at the four-star Marriott near the city’s inner harbor, a mark of the event’s spiritual unseriousness. The bishops could save the faithful millions of dollars by holding it at one of the Church’s many empty retreat centers. But no, “we have to be close to the people,” Church leaders said in the decades after Vatican II — a hilarious conceit given that the bishops spend much of these meetings cowering behind security guards and cops.

The shepherds beefed up security from last year, as they increasingly fear a flock fed up with their heterodoxy and misrule of the Church. Security officials roamed the Marriott, eyeing any potential protesters warily. While the bishops upstairs were calling for “virtual zero access” among citizens to guns, they made sure to have cops downstairs bearing them.

The meeting was marked by the usual tone-deaf leftist politics — a lot of babbling about gun control, amnesty, and racism and almost no talk of the Church’s collapse in faith and morals. “The meeting was a mess,” said one observer. The bishops much prefer to talk about society’s failures over their own. And they would rather pontificate about “justice” than enforce any on wayward priests and bishops. As one attendee put it to me, “Why should anyone take their thoughts on social justice seriously when they can’t even hold molesters in their midst accountable?”