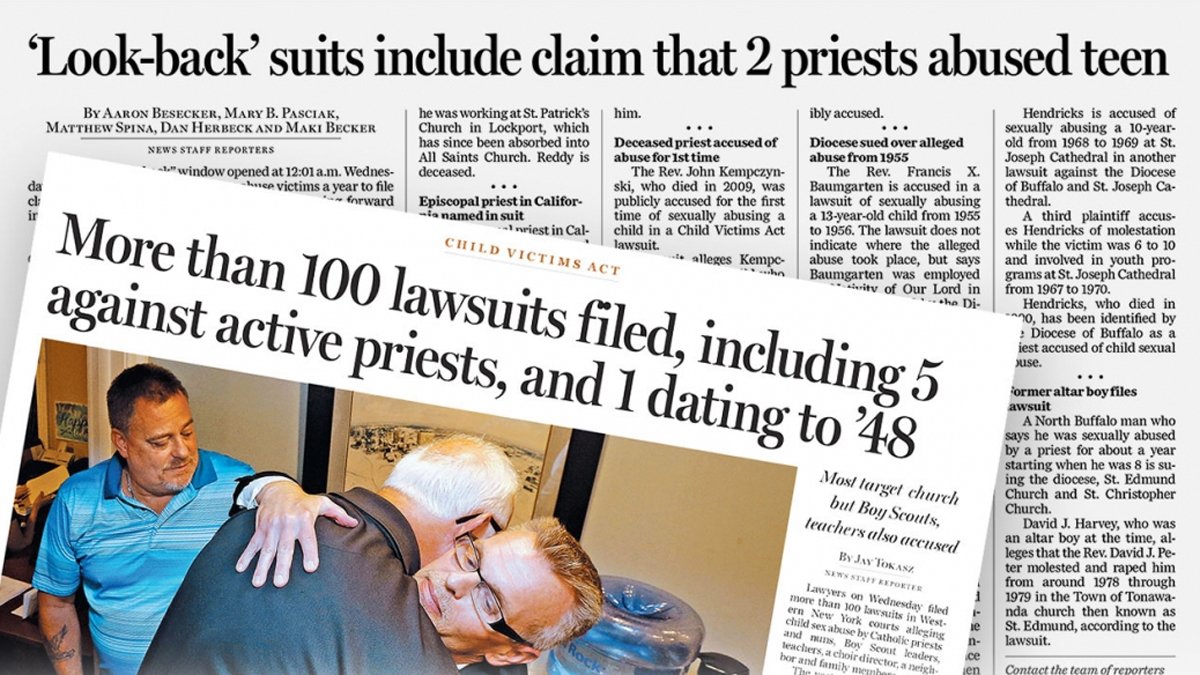 About two dozen Catholic Diocese of Buffalo priests removed from ministry due to child sex abuse complaints continue to collect a salary or pension from the diocese.

Three of those suspended priests remain on the diocese’s payroll even though they haven’t functioned as clergy in more than 25 years, and six priests removed at least 15 years ago continue to get monetary support from the diocese, according to a Buffalo News analysis.

If each priest were to receive $25,000 annually, an amount that’s at the low end of the priest pay scale, the diocese would pay $600,000 per year in “sustenance” to the 24 suspended priests.

In the three cases dating back decades, diocese officials have yet to send legal paperwork to Rome asking the Vatican to rule on whether the priests should be defrocked.

Since 2002, the church has required that bishops send child molestation claims against priests to the Vatican for adjudication, a process that can result in priests being “dismissed from the clerical state” or “laicization” – Catholic phrasing for defrocking.