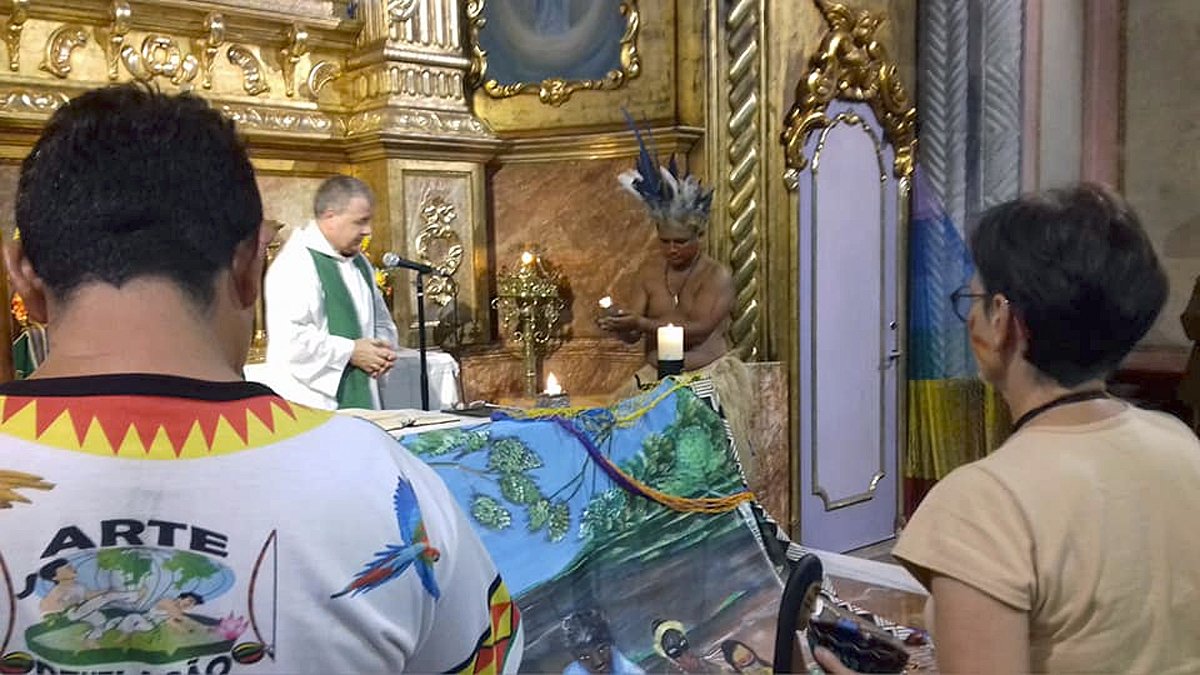 A television celebrity priest has come under fire for featuring a Pachamama idol in front of the parish altar and permitting Amazon Synod participants to conduct indigenous rituals at his Mass in Menorca, Spain.

Father Antoni Fullana Marquès, chaplain and director of the Catalan TV series Humans and vicar of Sant Antoni Maria Claret parish in Ciudadela, introduced “a group of itinerant missionaries” at the celebration of the Holy Eucharist last Sunday.

A representation of the “Mother Earth” goddess was placed in front of the altar, and a bare-chested man wearing a hula skirt and feathers on his head danced around the sanctuary with a coconut oil lamp.

The priest and congregation were asked to stretch out their hands and welcome the “light” into their lives, as three other participants walked around the altar, one playing a one-stringed musical instrument.

Four indigenous persons who had participated in the Amazon Synod and were returning to the Amazon made a stop-over in Menorca, even though the Balearic island is not on the route.