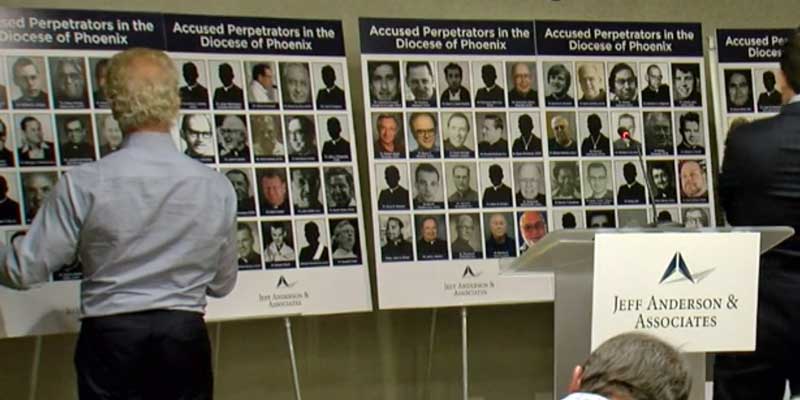 The names of more than 100 clerics accused of abuse in the Diocese of Phoenix were released Wednesday.

A group of lawyers, victims, and advocates held a joint press conference in downtown Phoenix to share the report in hopes of ‘bringing out of the dark’ information that they claim has not been thoroughly provided by the Catholic diocese.At the press conference, they released a report containing 109 identities, histories, photos and information of those accused of child sexual abuse.

“We look at each of these names, 100 names and we could see 10, 20, 100 children that are abused by each one of those that means that so many people are being harmed and as long as this information is buried, then our communities are not safe,” said Tim Lennon, an abuse survivor.