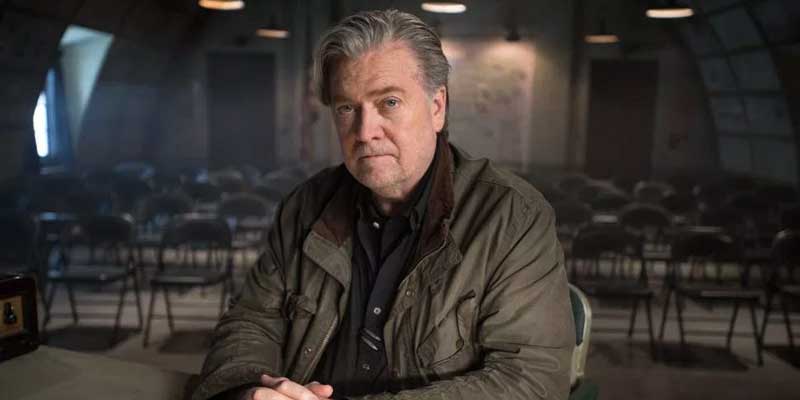 President Donald Trump’s former strategic adviser predicts an “existential crisis of trust” in the Church will worsen, especially if Pope Francis fails to dialogue with those he considers to be his opponents.

Widely recognized as a pioneer of the “sovereigntist” movement which claimed anumber of victories in the recent European Parliament elections, Bannon believes an absence of such dialogue will lead to growing disaffection in the pews, the Vatican becoming increasingly a “green” political party of the “far-left,” and a possible schism within the Church.

The media executive, political figure and former investment banker sees a need for nuance to overcome widespread polarisation, and proposes a major conference in Rome bringing together faithful from all sides to discuss a way forward. Dialogue, he says, “is the way we hold the Church together.”

In this June 4 telephone interview, Bannon, who comes from “working-class Irish Catholic Democrats” in Virginia, also discusses the controversial China deal with the Vatican, why he wholeheartedly rejects accusations of being anti-Semitic and a fascist, and his project to create an academy to defend the Judeo-Christian West at a 13th century Cistercian monastery near Rome.

Mr. Bannon, judging by the recent European Parliament elections and other examples, the Holy Father seems clearly unwilling to engage with the “sovereigntist movement.” What, according to you, has been his approach exactly?

STEVE BANNON: This has been going on for a while. To analyse it correctly I think you’ve got to bifurcate the Pope as the vicar of Christ on Earth, and the theological and dogma of the Church, versus the administrative side.

The Pope has been blatant since the very beginning. He made a distinct effort to sway the 2016 presidential election when he went to Mexico and celebrated Mass at the border. And what he said on the flight back was just incredible [the Pope said“a person who only thinks about building walls, wherever they may be, and not building bridges, is not Christian”]. He’s never been really called out for the that. I think by not having people stand up and say: “You crossed a boundary there,” it has just led to this continuation.

I think what’s most disturbing is that you have had these horrific, biblical, tragic situations in sub-Saharan Africa, North Africa, the Middle East and Central America, where people are being forced north because of economic conditions, but the burden of that is falling upon, or has fallen upon, working-class people in southern Europe, whether that is Greece, or in Italy, or in Hungary. And in the United States, around Texas, New Mexico, Arizona and California. It’s crushed the social safety net, and it’s crushed the working-class people there.

Who is mostly responsible for this?

It’s really the global elite. And what’s most disturbing is that the Pope is continually using the same language, and the same coded references, as the “party of Davos.” He’s essentially siding with the global elites here, not the poor, because he’s not talking about a solution. He continues to talk about open migration. He continues to talk about open borders. He’s essentially driving what would be a situation of anarchy.

Do you think he has become more strident in this regard in recent years?

From the 2016 presidential election to the 2019 European Parliamentary election, what’s most disturbing is that the Pope has thrown in hard with the globalists, the global elite, and the party of Davos. He now is in a situation where [he says] all the ailments of the world are because of the populist nationalist sovereignty movement and that is driving all the problems of the world. That is just categorically not true. It’s just categorically not true, and I think that he’s playing a very dangerous game here.

What crisis is the Church now facing, in your view?

The Church has an existential crisis, right now, of trust. Within this crisis, he has abjectly failed to deal with the administrative and financial problems of the Church. To be brutally direct, his current inaccurate statements on the McCarrick situation, his inaccurate statements about Chile, call into question his veracity. I don’t think he has the bandwidth right now to go and try to essentially confront politicians like [Hungarian Prime Minister Viktor] Orban, [Italian vice premier Matteo] Salvini, [Brexit Party leader Nigel] Farage, [President of France’s National Rally Party Marine] Le Pen, [US President Donald] Trump, [Indian President Narendra] Modi. He’s basically taken it upon himself to be the front man for the party of Davos, going against the sovereignty movement.

He is lying about his actions in dealing with the most existential crisis I think the Church has ever been in. This is going to rapidly lead, and I have said this consistently now for a year, towards an even bigger crisis. That crisis is now inextricably linked with this Pope. I have been his biggest supporter as far as the direct succession and not resigning when [Archbishop Carlo Maria] Vigano came out with the memo [his August 2018 testimony calling on Francis to resign for rehabilitating McCarrick]. I was the first conservative to say, when there was this braying for his resignation, “No.” I said: “He is the successor to Christ. He’s the vicar of Christ. There’s been a logical succession. You can’t do that. We can’t have guys resigning. We can’t have popes resigning.”

But the situation now is going to pick up momentum and is going to get worse, and he is fixated on issues like climate change and other issues. And concerning this issue of sovereignty, on which he continues to hammer the people, the little guys in the aisle — he is avoiding it, and/or misrepresenting what this is. The [Vatican abuse of minors] summit [of bishops in February] was a failure. The summit was a failure because he failed to say “zero tolerance.” He failed to say there was a failure of transparency. He failed to say total accountability, and he failed at getting civil authority to, basically, rectify this and rectify the legal situation. Listen, I think this is a huge problem and it’s metastasizing.