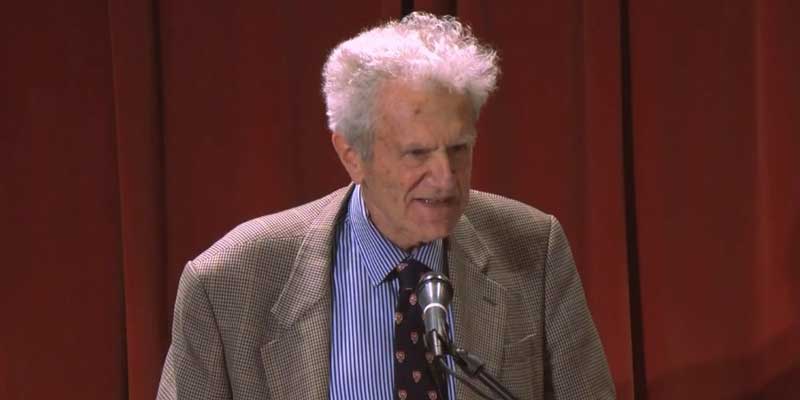 One of the English-speaking world’s greatest living scholars of Classical philosophy was told he has been barred from all Pontifical Universities after he signed an Open Letter along with a number of prominent clergymen and scholars accusing Pope Francis of committing heresy.

Professor John Rist, 83, who converted to Catholicism from agnosticism in 1980, told LifeSiteNews that he had been refused entry into the Augustinian Patristic Institute in Rome where he had previously been doing academic work after a short absence.

A Pontifical university is an ecclesiastical school which has been established or approved by the Holy See.

“For years I have been allowed to leave a car at the Augustinianum where I am still doing [academic] work,” the scholar told LifeSiteNews by email.

“On May 18, I drove it out of their precinct, chatting in passing with an old priest friend in the Augustinian curia, telling him I would be away for a week. When I returned on the 25th I drove in through the gate and found the barrier down. I waited for the porter to open it, but nothing happened. So I got out and was told I could not enter the property.  Apparently … this was because some Vatican apparatchik had issued a decree that I [was] now [persona] non grata and … to be forbidden entry to all pontifical universities,” Rist continued.

“Since I had received no previous indication of it ― not even when I had collected the car ― this less than Christian response took me completely by surprise, not least since I had been there a week before and nothing was said about my being unable to return the car.”

The ban would be a sharp about-face for the pontifical universities: Professor Rist was awarded an honorary doctorate from the Pontifical institute Università della Santa Croce in 2002.