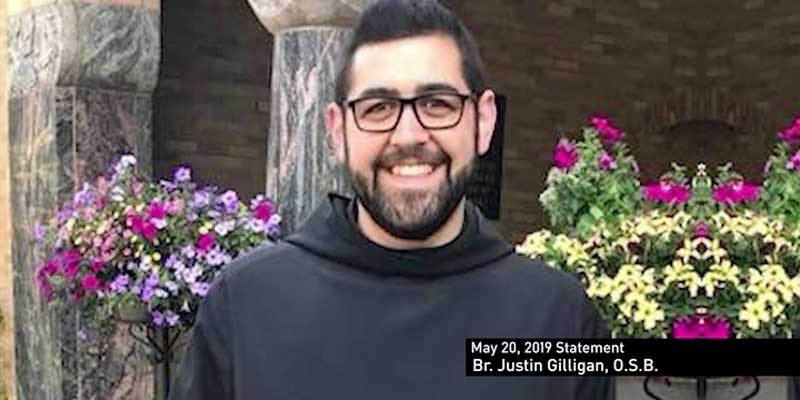 It’s been almost a month since Msgr. Craig Harrison was put on leave pending an investigation into allegations of sexual misconduct.

In an exclusive interview, we hear from someone still part of the Catholic clergy.

Speaking out against another member of the church is something he says he never imagined he’d do, but after much prayer and many sleepless nights, he says he know this is the right thing.

But we want to start with reaction from Harrison’s attorney to the clergy member’s statement.

“I’m not shocked,” attorney Kyle Humphrey said. “This is an effort to frame and destroy Fr. Craig as a means to get to the deep pockets of the church.

Humphrey said, “This is very much like the ‘Game of Thrones,’ players with individual motives to build their own little kingdoms.”

17’S Olivia LaVoice has his story.

Brother Justin Gilligan said coming forward is the hardest decision he’s ever made.

As a Catholic monk and someone studying to become a priest, speaking out against another priest is almost unheard of, but he said he couldn’t stand by and watch people misinterpret how the events unfolded in the early stages of the Harrison investigation.

Gilligan said he also felt the first person to publicly come forward with accusations against Harrison would likely be attacked by Msgr. Harrison’s supporters and his attorney.

Br. Justin felt compelled to try to bear that burden for other potential victims.

He also wants it to be clear the diocese is aggressively investigating all accusations, including things that happened to him in Bakersfield.

He didn’t want to go on camera, and there are certain details he can share only with law enforcement, but he came to speak with 17 News, and tearfully read a statement, with a message he feels everyone needs to hear.