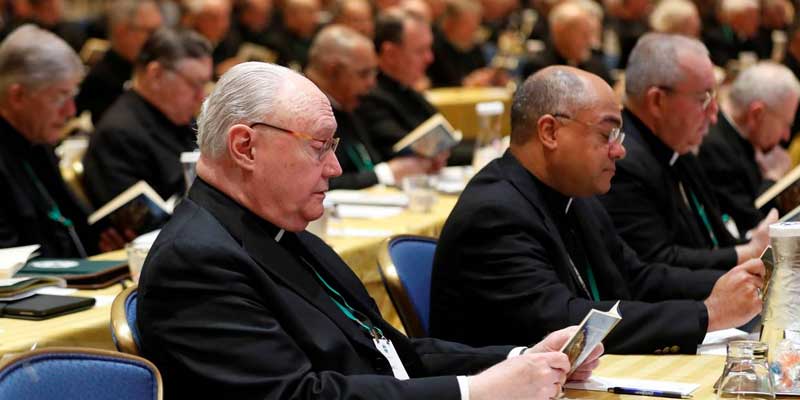 Next month, the U.S. Conference of Catholic Bishops will meet in general assembly in Baltimore. The bishops left their November meeting without any decisive action towards ensuring accountability for bishops. Since then, the American bishops have gone on retreat together — at Pope Francis’ request — and the leaders of national episcopal conferences have met in Rome for a summit on the problem of clerical abuse of minors. The global Church is catching up to the American Church in handling the abuse crisis. As odd as it may sound, that’s a good thing.

But here in the States, there is still a palpable sense of frustration and urgency. The bishops will have unfinished business to attend to in Baltimore.

Just after Easter, a delegation from the USCCB went to Rome to discuss the reform proposals that will be on the Baltimore docket. Cardinal DiNardo was not with the delegation because of ill health. The bishops don’t want a repeat of last November’s fiasco when votes on proposed reforms were canceled at the eleventh hour at Rome’s insistence.

One bishop told me that, while he expects the proposed reforms for bishops’ accountability to pass in June, if the conference can’t agree on a way forward, many bishops are already inclined to follow the lead of the Archdioceses of Baltimore and Boston in putting in place their own third-party reporting systems and accountability mechanisms. In other words, many bishops are done waiting for Rome and the conference.