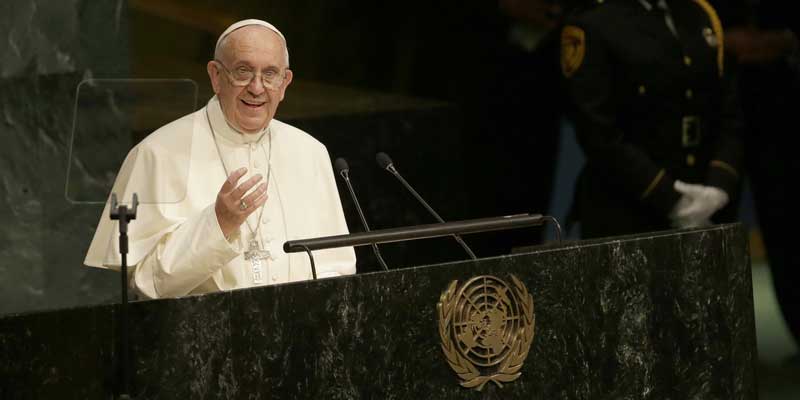 Speaking to members of the Pontifical Academy of Social Sciences in the Vatican’s Apostolic Palace, the Pope said: “When a supranational common good is clearly identified, there is need for a special legally constituted authority capable of facilitating its implementation.”

“Think of the great contemporary challenges of climate change, new slavery and peace,” he told members of the Pontifical Academy, who are meeting this week at the Vatican for a plenary session themed: “Nation, State, Nation-State.”

Featured speakers at the May 1-3 plenary include German Cardinal Walter Kasper, who spoke on: “Peace Stemming from Justice. Theological Reflections Between Men, Communities and Nations”; Archbishop Roland Minnerath of Dijon, France, who delivered the opening talk on day two, themed: “Nation, State, Nation-State and the Doctrine of the Catholic Church”; and German climatologist and founding director of the Potsdam Institute for Climate Impact, Hans Joachim Schellnhuber, who addressed the Pontifical Academy on “The State of the World.”

In his address to the academy, the Pope said that while “the principle of subsidiarity” requires that “individual nations must be given the power to operate as far as they can reach,” nonetheless “groups of neighboring nations — as is already the case — can strengthen their cooperation by attributing the exercise of certain functions and services to intergovernmental institutions that manage their common interests.”

The thrust of the Pope’s remarks, however, focused on growing trends toward nationalism which he said threatens migrants, the “universal common good” and the power of the United Nations and other transnational bodies to implement the Sustainable Development Goal agenda.