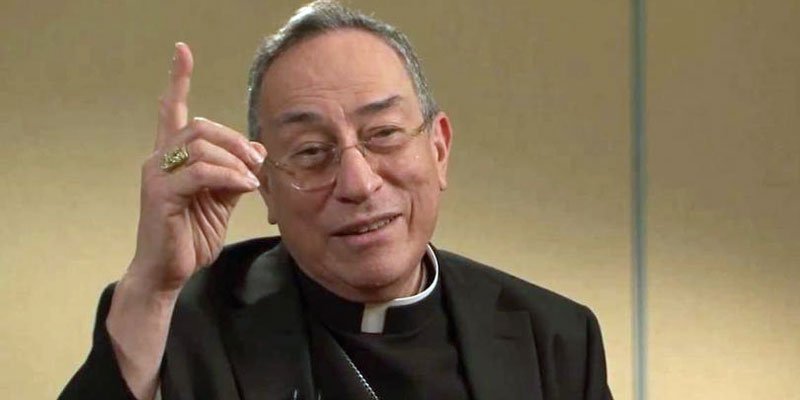 The widow of a former dean of the Vatican diplomatic corps has written an exposé accusing one of Pope Francis’ closest aides of betraying her family and covering up for grave misconduct.

Martha Alegria Reichmann, whose late husband, Alejandro Valladares, was the Honduran ambassador to the Holy See for 22 years, explains in the book, Sacred Betrayal, how they were once close friends of Cardinal Óscar Rodriguez Maradiaga, the longtime archbishop of Tegucigalpa.

Her book, so far only in Spanish, chronicles how the cardinal, who is coordinator of the “council of cardinals” advising the Holy Father on Church reform, advised her to make a bad financial investment that caused her to lose her life savings. She also provides details of the cardinal’s support for Bishop Juan Josè Pineda, who has been accused of sexual abuse of seminarians, living in active homosexual relationships and financial impropriety. Pope Francis accepted Bishop Pineda’s resignation last July, but no details of any disciplinary measures have been revealed.

The Register spoke to Alegria March 26.

Mrs. Alegria, what are your reasons for writing this book?

First of all, because, following the fraud, I suffered; and the consequent betrayal of Cardinal Maradiaga to my family: I discovered a dark side in him, and I could not live in peace and serenity for the rest of my life without having made this public denunciation; because my Christian, ethical and moral principles did not allow me to keep quiet about such terrible things — that would have made me responsible for a cover-up; because to declare what I know and what they have done to me is not only a right that I have, but a duty; because I am a victim of the corrupt system that reigns in the current papacy.

I do not limit myself to telling my painful experience. I go much further because there are things that many people don’t know for lack of information; also, because the wicked triumph when the righteous are silent; and because God himself is being mocked.