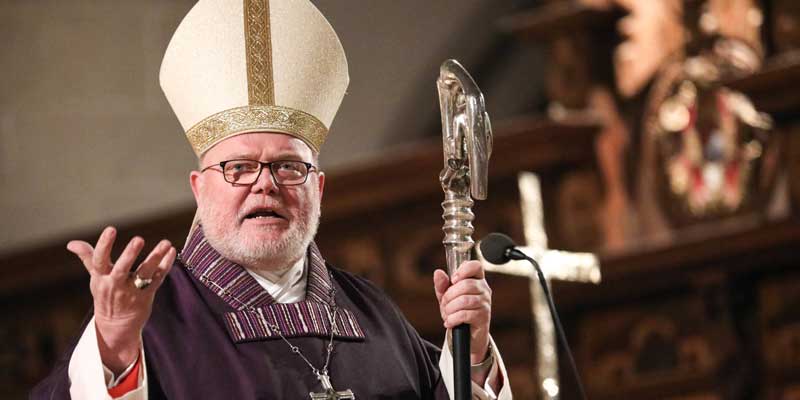 I noted with interest your recent announcement of a “binding synodal process” during which the Church in Germany will discuss the celibacy of the Latin-rite Catholic priesthood, the Church’s sexual ethic, and clericalism, these being “issues” put on the table by the crisis of clerical sexual abuse.

Perhaps the following questions will help sharpen your discussions.

1) How can the “synodal process” of a local Church produce “binding” results on matters affecting the entire Catholic Church? The Anglican Communion tried this and is now in terminal disarray; the local Anglican churches that took the path of cultural accommodation are comatose. Is this the model you and your fellow-bishops favor?

2) What does the celibacy of priests in the Latin rite have to do with the sexual abuse crisis? Celibacy has no more to do with sexual abuse than marriage has to do with spousal abuse. Empirical studies indicate that most sexual abuse of the young takes place within (typically broken) families; Protestant denominations with a married clergy also suffer from the scourge of sexual abuse; and in any event, marriage is not a crime-prevention program. Is it cynical to imagine that the abuse crisis is now being weaponized to mount an assault on clerical celibacy, what with other artillery having failed to dislodge this ancient Catholic tradition?

3) According to a Catholic News Agency report, you suggested that “the significance of sexuality to personhood has not yet received sufficient attention from the Church.” Really? Has St. John Paul II’s Theology of the Body not been translated into German? Perhaps it has, but it may be too long and complex to have been properly absorbed by German-speaking Catholics. Permit me, then, to draw your attention to pp. 347–358 of Zeuge der Hoffnung (Ferdinand Schoeningh, 2002), the German translation of Witness to Hope, the first volume of my John Paul II biography. There, you and your colleagues will find a summary of the Theology of the Body, including its richly personalistic explanation of the Church’s ethic of human love and its biblically-rooted understanding of celibacy undertaken for the Kingdom of God.