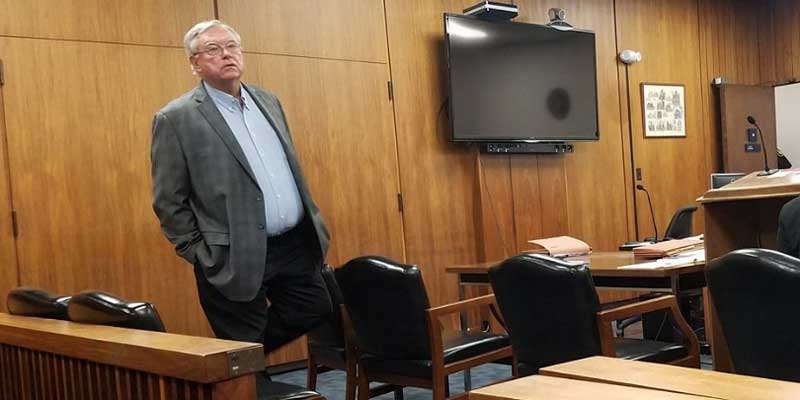 In a surprise move, Fr. Robert DeLand has pleaded no contest to sexual assault of a male minor.

Last week in his first trial, the Saginaw, Michigan priest was found not guilty of attempted sexual assault  and criminal sexual conduct involving two male minors. Law enforcement told Church Militant that, because of the lack of evidence, they believed they only had a 50/50 chance of a conviction.

The current case involves a 17-year-old male, and unlike the previous case, has an abundance of evidence, with multiple audio recordings showing DeLand offering to buy illegal drugs for the minor, as well as offering him cigarettes and alcohol. Audio also reveals a sexual assault.

The no contest plea includes obtaining an illegal controlled substance, among other things.

The recordings were obtained through a four-month sting operation spearheaded by Detective Brian Berg, formerly of Tittabawassee Township.

The minor had met DeLand at Freeland High School in 2017, when he was in 10th grade; at the time, the boy was grieving the loss of his friend Michael Dennis, who had committed suicide in May. DeLand was a hallway monitor and took the boy under his wing, paid for his counseling sessions, gave him cash and gifts, including cigarettes and alcohol, even though he was under the legal age limit for both.