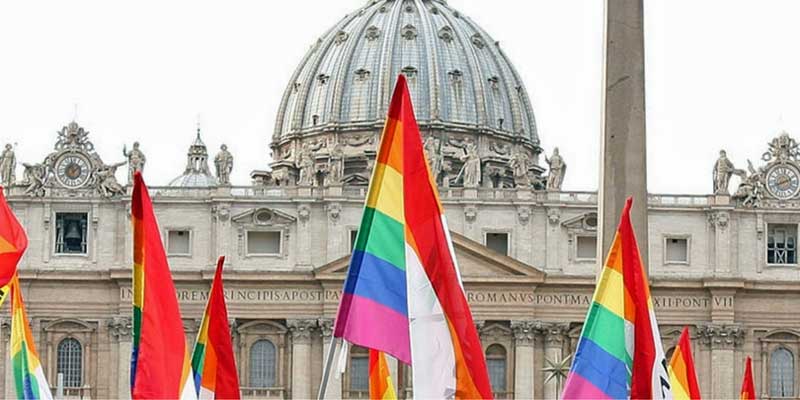 Amongst the most striking claims of French sociologist and openly homosexual Frédéric Martel in his new book on homosexuality in the Vatican is that Pope Francis and his inner circle are actively working to make homosexuality acceptable to the Catholic Church, even if they are not aiming to open the Church to homosexual “marriage”.

First, a caveat: many of Martel’s claims about conservative cardinals’ supposed homosexuality are so outrageous and ill-founded that all he writes is not necessarily true. But his statements regarding Pope Francis are so grave from a doctrinal point of view that they need to be known and, hopefully, officially denied.

Martel quotes — by name — sources that told him of Pope Francis’ personal implication in the rigging of the two synods on the family, adding that these synods and the document that came from them, Amoris laetitia, did not reach their intended goal.

This article is based on the full French text of Sodoma (English title: In the Closet of the Vatican), in which the author accuses mainly conservative authorities in the Church — portrayed as Francis’ opponents — as being all the more probably homosexual, active or repressed, that they are “rigid” and “homophobic” in their expression of Church doctrine. These include Pope Benedict XVI who is described by one source in the book as a (probably chaste) “liturgy queen” or an “opera queen,” who took a rigid stance on homosexuality in the Church.

Quotes are therefore not based on the official English translation although they do reflect the meaning of the original French text, and are presented in italics instead of quotation marks.

Martel presents Pope Francis as “gay-friendly” and (therefore) not gay himself, who surrounds himself by similar “gay-friendly” cardinals such as Blase Cupich, Walter Kasper, Kevin Farrell, Reinhard Marx, Christoph Schönborn, Oscar Maradiaga, Lorenzo Baldisseri… who have a more relaxed approach to homosexuality.

Martel claims Cardinal Baldisseri, who organized both family Synods, told him that during the preparation of the first synod in 2014 every question was open, even burning hot! Everything was on the table: priestly celibacy, homosexuality, communion for the divorced and remarried, women priests… We opened all the debates at the same time.

A small group surrounding Baldisseri is supposed to have led the way: a small team that was sensitive, joyful [the French text uses the feminine adjective “gaie” – deliberately?] and smiling, that included archbishops Bruno Forte, Peter Erdö and Fabio Fabene, all promoted since by the Pope. Martel calls them a true war machine serving Francis.

Working with Kasper, Schönborn and Maradiaga, they were on Kasper’s line (stable and responsible homosexual unions are respectable) but used a different method that involved getting feedback from dioceses the world over.