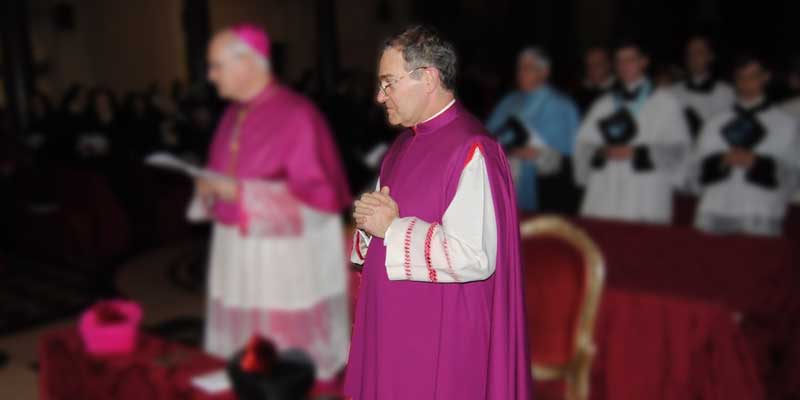 On the eve of the clergy abuse summit in Rome, U.S. diocese says No. 3 official at the Vatican’s ‘supreme court’ has been ‘removed from ministry’

Pope Francis has got a real mess on his hands.

In just a few days he will gather the presidents of the all the world’s episcopal conferences in Rome to make them understand there must be “zero tolerance” for priests who sexually abuse minors. But on the eve of this important meeting, yet another long-serving Vatican official has been revealed as a perpetrator.

Msgr. Joseph Punderson, who has worked at the Supreme Tribunal of the Apostolic Signatura since 1993 and its Defender of the Bond (DOB) since 1995, is expected to end three decades of service in Rome after his New Jersey diocese listed him among those “credibly accused of the sexual abuse of a minor.”

Punderson, 70, was one of 30 people on a preliminary list of offenders published on Feb. 13 by the Diocese of Trenton.

The news comes only two weeks after Father Hermann Geissler, an Austrian priest accused of making sexual advances on a nun, resigned his post as section manager at the Congregation for the Doctrine of the Faith (CDF).

Allegations could go back decades

The Diocese of Trenton listed his status as “Removed From Ministry” but it did not indicate when that action was taken or when the accusations were made.

However, Father John Bambrick, a dean (vicar forane) in the diocese and a nationally known advocate for abuse victims in the United States, said he believed the allegations go back decades.

many believe that the real question the Vatican must answer is how someone like McCarrick was able to advance to the highest levels of the Church’s hierarchy despite long-standing rumors and supposed evidence that he was sexually abusing vulnerable seminarians and young priests.

“Sometime after Dallas, in 2003 or 2004, one of Msgr. Punderson’s victims called me. We spoke on the phone several times… the victim was upset about how the Diocese of Trenton treated them,” Bambrick told La Croix International.

Dallas is where the U.S. bishops met in 2002 and adopted a charter for the protection of children, including “zero tolerance” (permanent removal from ministry) for priests who have admitted to or have been proven guilty of even a single act of abuse.

Father Bambrick said he was not surprised to see Punderson’s name on Trenton’s list.

“I knew him to be an abuser,” he said.”I was only surprised the diocese had placed his name there after all these years of denial and cover up, presumably only because the Attorney General is investigating the diocese. So, to leave him off would possibly result in criminal charges,” said the priest.