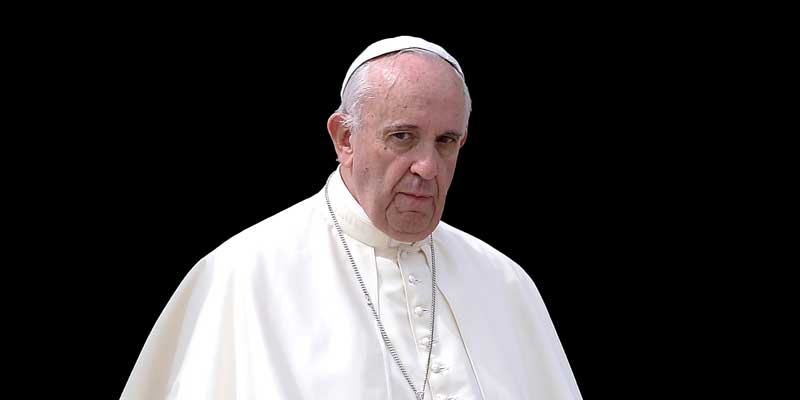 Sodom (titled as “In the Closet of the Vatican” in the English version), the book by Frederic Martel we have been dealing with in recent days, reserves sensational news. According to the author, in the English version of the text, and we offer here our translation, Pope Bergoglio was really informed by Archbishop Carlo Maria Viganò of the past of predation towards seminarians and young priests, but he did not consider the fact so important. And consequently not only did he relieve him of the restrictions that Benedict XVI had imposed on him (whose existence was confirmed, as well as by Viganò, by Cardinal Marc Ouellet) but he also used him as an advisor for appointments in the United States (the promotion of Kevin Farrell to Camerlengo and entrusting Blase Cupich with the organization of the summit on child abuse are the more recent confirmations, if ever they were needed) and he used him as his personal representatve both in the United States (with Obama) and abroad in China, Armenia, Iran and Cuba.

In our opinion, this is a case of an extraordinarily interesting “friendly fire”; because if there is someone of whom Frederic Martel speaks well, when not enthusiastically, in his long work, it is really Pope Bergoglio. Martel, as we know, was helped and hosted by prelates in the Vatican, to carry out his task. In a television interview, he mentioned at least four high prelates close to the Pope who favored and encouraged him. He said he had met the Director of Civiltà Cattolica, Antonio Spadaro sj several times; in the book there is an interview with Spadaro, and an interview with Cardinal Lorenzo Baldisseri, the great director of the Synods (more or less pre-arranged) about the family and the young. He is a “famiglio” of the Pontiff, a man of his trust. So we have to believe Martel, particularly because he puts the central phrase in quotes. Here is the little song we have translated:

… cardinals and bishops of the Roman Curia and  the American episcopate who, according to him, took part in this huge cover-up: it is an endless list of names of prelates, among the most important in the Vatican, who were thus “outed”, whteher right or wrong. (When the Pope dismissed the allegations, his entourage indicated to me that Francis ‘was initially informed by Viganò that Cardinal McCarrick had had homosexual relations with over-age seminarians, which was not enough in his eyes to condemn him’).

If Martel writes the truth – and there is no reason to believe the opposite, since he is certainly not a conservative homophobe Pharisee moralizing and hypocritical – some considerations are required.

The first: even though  the seminarians were not under age, if a person hierarchically in a high position, and who can decide the fate of one of his subordinates, sexually harasses him, it is no longer a question of sex between consenting adults: there is a form of violence. Now we know that this fact does not seem important to the Pontiff. Or at least, not so important, at least not to favor and use the abuser until this bond becomes too embarrassing, and then sacrifice him to the public opinion.

Second: it is months and months that the Catholics are waiting for an answer: Did Viganò lie, or not? It seems that according to Martel, and according to the entourage of the Pontiff he has told the truth.

So why not admit it? Why not to say, as a man and a Christian, “it’s true I was warned, but I thought it was not so serious. I was wrong in my judgment, forgive me?”