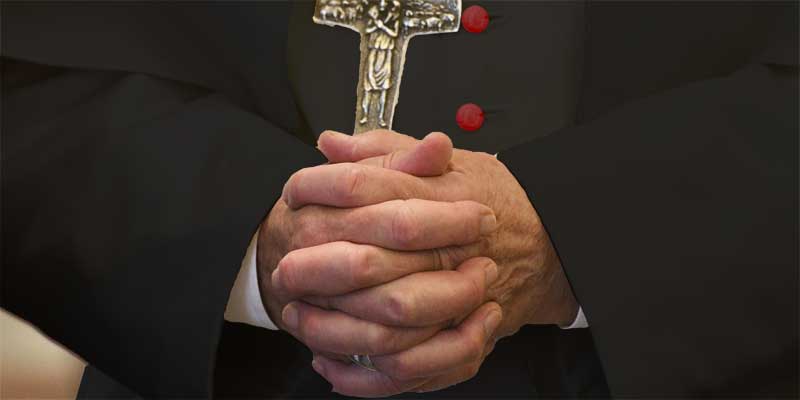 In her recent column, Bishops Wring Their Hands at the Whirlwind of Hell, Monica Migliorino Miller correctly asserts that the insufficiency of the New York bishops response to the heinous Reproductive Health Act may be found in their own statement regarding the impending vote on the legislation:

Words are insufficient to describe the profound sadness we feel at the contemplated passage of New York State’s new proposed abortion policy. We mourn the unborn infants who will lose their lives, and the many mothers and fathers who will suffer remorse and heartbreak as a result.

She goes on to state:

As a condemnation of the most permissive facilitation of abortion in America, it can only be described as pathetic. All they have said is how “sad” they are and how they “mourn” when what they need to express is absolute outrage which needs to be specifically directed at Cuomo and his co-conspirators. Instead of fury we have episcopal hand-wringing and barely anything more. The legally sanctioned slaughter of a completely helpless group of innocents is merely described by the bishops as “moving the state in the wrong direction.” Such understated rhetoric simply does not match the urgency and tragedy of the impending slaughter. And absolutely missing are any consequences for those Catholic lawmakers who lobbied and voted for this law, and even celebrated its passage as when Cuomo directed state public monuments be illuminated in pink lights to, in his words, “celebrate this achievement and shine a bright light forward for the rest of the nation to follow.”

In regards to the bishops assessing canonical penalties to Catholic politicians who supported the law, Miller goes on to say:

It may be technically true that bishops are not canonically required to publicly declare that Canon 915 applies to someone like Cuomo, but to not do so places both Cuomo and the Church is serious spiritual danger. And here is where the bishops have failed. Abortion is a grave injustice. Those who publicly promote it give scandal to the faithful as well as the advocacy of other social evils such as “gay marriage.” Add to this the profound spiritual damage caused to the soul of those who advocate these evils (which is why canonical penalties like excommunication are not merely “weapons.”) All of this requires that bishops publicly admonish the Cuomos, Pelosis, Durbins, Bidens, and Kerrys. Bishops in dioceses where such politicians are likely to receive Communion need to implement the canon so that clergy and extra-ordinary ministers of Communion are authorized to withhold the sacrament from those who seriously, publicly wound Christ and his Church. Indeed, the language “are not to be admitted” is made up of words calling for action—words more directed to the Church than to the sinner, that call on the Church to do her duty in the face of grave spiritual scandal.

Miller’s article helps frame the problem that has plagued the American Catholic episcopacy for over 50 years. At best, bishops have engaged in verbal hand-wringing in response to pro-abortion legislation. At worst, they have secretly supported such legislation or have been complicit in its success by their silence.  Today’s pro-abortion Catholic politicians literally have no fear of supporting laws that allow the murder of babies (even after they have been delivered) because they expect their bishops to do nothing about it.

We have reached a decisive point in the history of the American Catholic Church.  Our bishops now must act to ensure the integrity of the faith by publicly imposing canonical penalties on pro-abortion Catholic politicians or forever loose their moral authority.