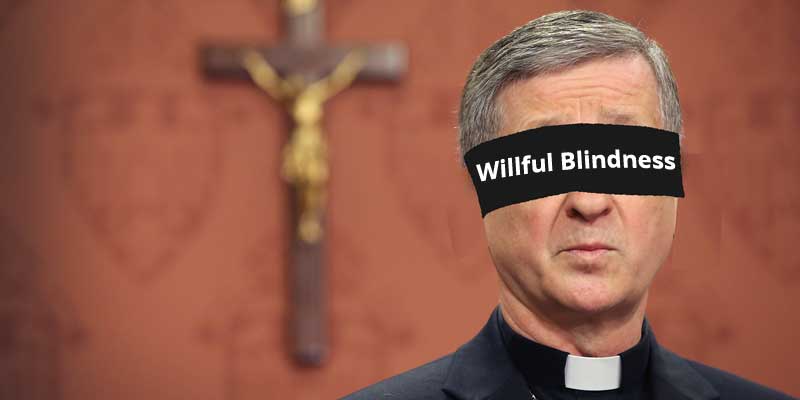 Posturing by the organizers of the February Abuse Summit suggests the Vatican has no intention of addressing the full scope of the abuse crisis; just read what Cardinal Cupich has to say about the upcoming summit in this recent article from La Stampa:

Pope Francis is looking for “the full participation of the global Church to ensure the protection of children from the sexual abuses of clergy all over the world”. This was affirmed by Cardinal Blase Cupich, archbishop of Chicago – the American diocese in which the spiritual retreat of the US bishops is underway until Tuesday, January 8th – in an interview with The Tablet newspaper.

Cupich was nominated by Pope Francis as a member of the organizing committee of the summit of 21-24 February in the Vatican, to which the presidents of the Episcopal Conferences of the whole world will take part to discuss the crisis of abuse. Along with Cupich are also members of the committee Cardinal Oswald Gracias of Mumbai, among the six members of the Council of Cardinals (C6); the archbishop of Malta, Charles Scicluna, assistant secretary of the Congregation for the Doctrine of the Faith; the German Jesuit Father Hans Zollner, a member of the Pontifical Commission for the Protection of Minors and head of the Center for Child Protection of the Pontifical Gregorian University.

In the exclusive interview with The Tablet, Cupich ensures that the committee is “committed to achieving specific results from this meeting that reflect the thinking of Pope Francis”.

Convening the summit in February, “once again” the Pope “has shown that for him the protection of children and the accompaniment of those who have been damaged is a priority of the whole People of God and one of our fundamental missions”, emphasizes the cardinal.

This is the identical strategy employed by the US Bishops in 2002 to limit the scope of the problem to child sexual abuse. The facts indicate countless seminarians have been victims of homosexual abuse as well, similar to the abuse perpetrated by Theodore McCarrick.  But Church leaders don’t want to address homosexuality and the abuse of seminarians for fear of exposing the larger problem of homosexuality within the clergy.