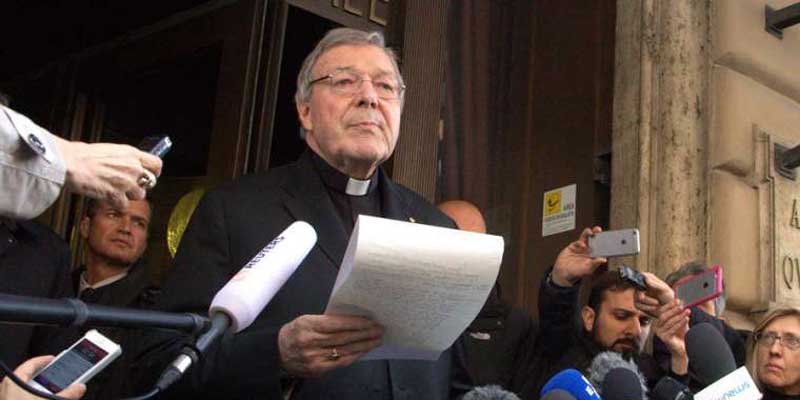 After reports of a guilty verdict emerged in the trial of Australian Cardinal George Pell, some in Australia have questioned the integrity of a process undertaken under the veil of a media blackout.

The cardinal was convicted Dec. 11 on five charges that he sexually abused two altar servers while he was Archbishop of Melbourne in the late 1990s. The unanimous verdict followed an earlier mistrial in which, CNA has confirmed with multiple sources, a jury was deadlocked at 10-2 in favor of a “not guilty” verdict.

The guilty verdict comes ahead of a second trial, scheduled for February 2019, in which Pell will face further accusations of abuse dating back to the 1970s, during which time he served as a priest in Ballarat.

Reporting restrictions imposed by the County Court of Victoria mean that the progress or outcomes of the trial cannot be covered by local media or broadcast electronically into Australia. No media discussion of the accusations or Pell’s defense is permitted in the country.

Those who violate the gag order could be subject to contempt of court charges by Victoria prosecutors.

Nevertheless, CNA has spoken to several sources familiar with the Pell case, all of whom expressed disbelief at the verdict. The sources spoke only on condition of anonymity because of the legal gag order imposed by the court.

“They have convicted an innocent man,” one source directly familiar with the evidence told CNA. “What’s worse is that they know they have.”

An individual who attended the entire trial in person but is unconnected with Pell’s legal team, told CNA that Pell’s lawyers had made an “unanswerable defense.”

“It was absolutely clear to everyone in that court that the accusations were baseless. It wasn’t that Pell didn’t do what he’s accused of – he clearly couldn’t have done it.”

The allegations are understood to concern Pell assaulting the two choristers in the sacristy of Melbourne cathedral on several occasions immediately following Sunday Mass.

The defense presented a range of witnesses who testified that the cardinal was never alone in the sacristy with altar servers or members of the choir, and that in all the circumstances under which the allegations are alleged to have taken place, several people would have been present in the room.

The sacristy in Melbourne’s Cathedral has large open-plan rooms, each with open arches and halls, and multiple entrances and exits, the defense noted.

Defense attorneys also produced a range of witnesses who testified that Pell was constantly surrounded by priests, other clergy, and guests following Sunday Masses in the cathedral, and that choristers had a room entirely separate from the sacristy in which they changed as a group, before and after Mass.

Observers also questioned whether some courtroom tactics used by state prosecutors were intended to stoke anti-clerical feelings in jury members.

One priest, a Jesuit, was called as an expert witness by the defense, but was consistently referred to as a “Christian Brother” by prosecutors – a move, the court observer told CNA, that seemed calculated to invoke the religious order at the center of a widely known clerical sexual abuse scandal in the country.

“It was a blatant move, but it sums up the sort of anti-Catholic, anti-clerical drift of the whole trial,” CNA’s courtroom source said. “The jury were being winked at.”

Full discussion of the charges and the evidence laid against Pell remains impossible because of the media blackout. The gag order was imposed at the request of prosecutors in June, who argued that media attention could bias the case.

“It’s absurd,” another source directly familiar with the trial told CNA. “Any Catholic in Victoria can tell you that our media has been steeped in anti-Catholic, anti-clerical and especially anti-Pell coverage for more than two decades. The prosecutors were perfectly happy with all of that leading up to the trial, and for it to carry on now.”

“The only thing you can’t talk about are the facts of the case,” the source said.

In a May 2015 column for The Australian, journalist Gerard Henderson said that Pell was the victim of a “modern-day witch hunt.” Henderson drew specific attention to what he called biased and inaccurate coverage of Pell by the Australian Broadcasting Corporation.