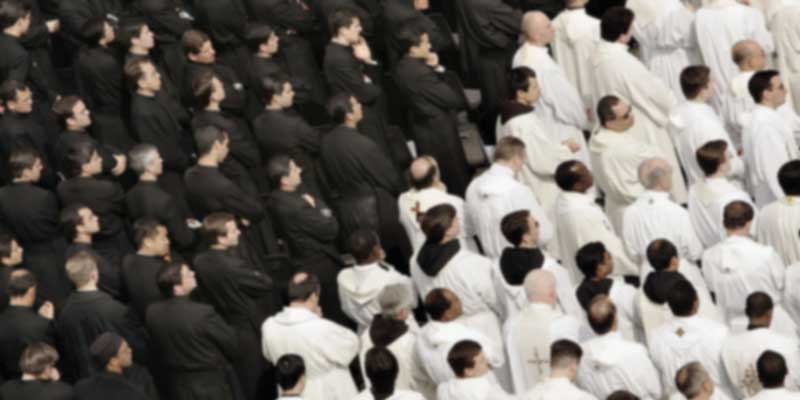 It was a list Charles L. Bailey Jr. had wanted to see for years: the names of the priests in the Roman Catholic Diocese of Syracuse who had been credibly accused of sexual abuse.

Mr. Bailey, 67, a longtime local advocate for survivors of abuse by priests, had heard excuses for why such a list was impossible to release. The last bishop said naming accused priests would be a violation of the Ten Commandments. The current bishop said he would not disclose the names, citing the request of unnamed victims.

But then on Dec. 3, Mr. Bailey got a call from a local reporter. It was up, on the diocesan website. Fifty-seven priests. None were still in ministry and most were deceased, including, there on Page 4, the priest who had repeatedly raped Mr. Bailey when he was not yet a teenager.

As the Catholic Church faces a wave of federal and state attorney general investigations into its handling of sex abuse, bishops around the country have struggled with how to react. Some have locked down defensively. Others are waiting on guidance from the Vatican, which instructed American bishops last month to wait on taking any collective action until the new year.

But dozens of bishops have decided to take action by releasing lists of the priests in their dioceses who were credibly accused of abuse. And they are being released at an unprecedented pace.

The disclosures have trickled out week by week — 10 names in Gaylord, Mich.; 28 in Las Cruces, N.M.; 28 in Ogdensburg, N.Y.; 15 in Atlanta; 34 in San Bernardino, Calif., among many others. All 15 dioceses in Texas have agreed to release lists. Last week, the leaders of two major Jesuit provinces, covering nearly half of the states, released the names of more than 150 members of the order “with credible allegations of sexual abuse of a minor.”

By his count, at least 35 dioceses have released lists or updates of previous lists since the beginning of August. That nearly doubles the number that had ever been released before, since the first one in 2002 by the Diocese of Tucson.

“It’s a dramatic change in how bishops are approaching this,” Mr. McKiernan said.

Many of the priests named on the lists are dead, but not all. Many had already been known as abusers, but scores of names are new, even to activists who have been closely following the church abuse scandals for years. Among the known allegations, many of the cases date back generations.