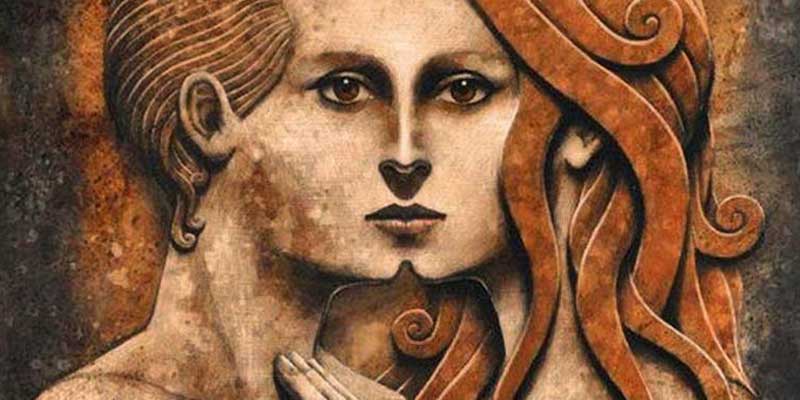 When the Pharisees came to Jesus to ask for what reasons a man might put away his woman, Jesus does not refer to the opinions of Hillel or Shammai, the titans of the previous generation of rabbis – the one liberal, the other conservative. He goes even behind the law of Moses, which he says does not express the intention of the Creator from the beginning, but which was, in this matter, a concession to the hardness of men’s hearts.

“From the beginning of creation,” he says, echoing the first word of Scripture, “he made them male and female. And for this reason, a man shall leave his father and mother and cleave unto his woman, and the two shall be one flesh. So they are no more two, but one flesh. Then what God has yoked together, let man not put asunder” (Mark 10:6-8; translation mine). When the disciples, stunned, ask Jesus about it privately, he does not soften his judgment: “Whoever puts away his woman and marries another, commits adultery with her.”

That is as stunning a condemnation as you can find. The Greek verb moichaomai is used in the Septuagint to refer also to unfaithfulness to God, as in the worship of idols. The association is common in the Old Testament. If you worship Baal or Moloch or Dagon, you are like a man going after whores.

We must not think that the authors have in mind only an attitude of unfaithfulness. Baal and Moloch and Dagon are not gods: they are not the Creator. It is an offense to the Creator to worship them, and stupid to boot, because they are the works of man. You might take a block of wood and carve an idol or a chamberpot; it does not matter to the wood. You might take your idol and toss it into the fire to warm your fingers. How stupid, to worship a thing like that!

Here we see the apostasy of our time, tumescent and foolish, in broad daylight.

The Pharisees were seeking a good social custom. Jesus does not refer to custom. He refers to creation, and the intent of the Creator as manifest in the creation. He points out the plain fact: we are made male and female, and male and female are what they are so that they will come together and become one flesh.

The word one and the idea it expresses are central to Jewish and Christian faith: “Hear, O Israel, the Lord, the Lord your God is one,” not two, and since that is so, we must love the Lord our God with all our heart and soul and mind and strength, not parceling out our love, some to God, and some to Baal or the chamberpot. Because the Lord our God is one and not two, we must love our neighbor as ourself; the same God who made us made him too.

In none of this do we hear anything about a man’s feelings. For we are not talking about interior dispositions, but about bodily beings, obvious to all. The man is for the woman, the woman is for the man. Indeed, there is no special word, in Hebrew or Greek, to denote “husband” and “wife,” because a man is to be a man for a woman, and a woman to be a woman for a man.