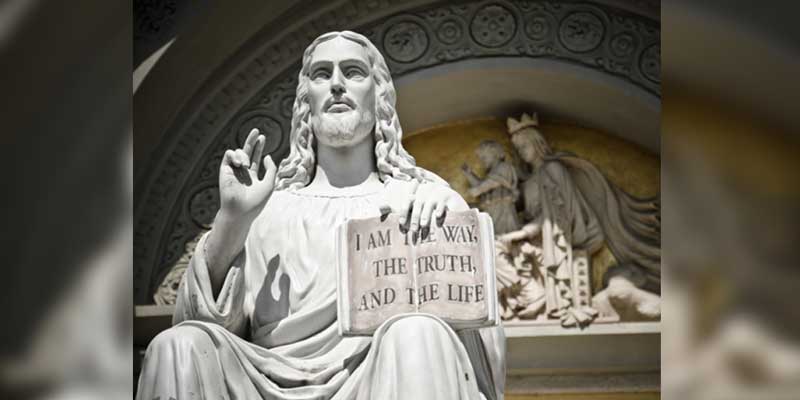 All truths are interconnected, from the humblest to the holiest.

I refer to the simplest of truths as those that can be answered by “Yes” or “No.” “Tell the truth, now: Did you chop down that cherry tree?” George Washington’s father asked his son. “Yes, I did; I cannot tell a lie,” George replied. The truth of the matter was stated by the simple response, “Yes.” This affirmation represented the truth of what actually happened (at least in the tale told by Parson Weems). A lie would have represented a nonreality, although a very small one.

Truth is intimately connected with reality; the lie has no connection with reality. In this regard, Alexandr Solzhenitsyn’s remark that “one word of truth outweighs the whole world” is itself true. The lie has no weight.

The “true or false” test operates on this same level. The answers are “right” or “wrong” according to whether they are “true” or “false.”

In a court of law, a judge needs realistic evidence in order to render a verdict. The word “verdict” is derived from two Latin words — verum and dicere — meaning “to tell the truth.” There can be no justice without truth. The entire judicial system is dependent on man’s ability to know the truth that will lead to a just verdict.

We can understand “truth” in a larger sense that can never be answered by a simple “Yes.” What is man? What is the meaning of life? What is God?

There are no simple answers for such questions. People ascribe different answers to them. Some find them to be unanswerable conundrums. They are like the Riddle of the Sphinx, eternally evading the grasp of mortal man.

To the ancient Greeks, the words “Know Thyself” inscribed in the forecourt of the Temple of Apollo at Delphi were placed there by the gods. So profound, they believed, was the truth about the human being.

“Each of us is farthest away from himself,” wrote Nietzsche. “As far as ourselves are concerned, we are not knowers.”

The truth of the human being, critically important as it is, is mysterious and elusive. We are not simply angels or animals, merely individuals or part of the collective. We are complex, enigmatic and ambiguous. Homo duplex was the name assigned to the human being by the medievalists.

How, then, do we come to know who we are?