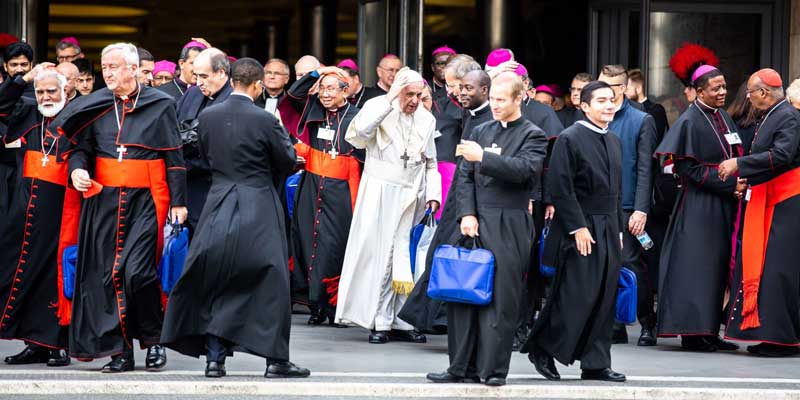 Synodality, sexual abuse, homosexuality, women in the Church, and a flawed but seemingly invincible working document are a few parts of the final text giving some bishops heartburn.

The Vatican released the final document of the Youth Synod on Saturday evening, and although the 249 synod fathers who voted on the document gave it a sustained round of applause after the voting ended, various paragraphs are causing concern, even if all obtained the requisite two-thirds majority. These passages can be summed up as follows:

According to paragraph no. 4, the document is to be read “in continuity” with the Instrumentum laboris (working document) for the synod. This is causing concern because the working document was widely criticized before and during the synod for numerous reasons, the main one being that it was too sociological in nature. It also contained the loaded acronym “LGBT” used by the homosexual lobby, but this term didn’t make it into the final document. One synod father was said to speak for many when he said he hoped the working document would “die” so that a new one would “germinate and grow.” Now that both documents are to be read in the light of each other, the concern is that these and various other weaknesses and errors in the working document will continue to have validity, which would be especially problematic if Pope Francis decides to make the final document part of the papal magisterium (the Vatican says the Pope hasn’t decided on this yet, only that the Church “will ponder and pray over the document and then move forward”).

Despite considerable opposition by some synod fathers in the final days of the synod, all the paragraphs on synodality passed with a two-thirds majority — but they also attracted the most votes against. Many synod fathers were uneasy with the inclusion of the term as it had hardly figured in the synod debates, was inserted into the document at the very end of the assembly, wasn’t in the working document, and, in their judgment, deserves a synod of its own given its importance. Some were apprehensive about such an emphasis on the subject (it dominates Part III of the final document) as they saw it as a means of decentralizing and democratizing the Church and the magisterium away from the papacy and the Vatican to local churches. By doing so, they believe it makes it easier to introduce heterodox teachings into the Church. Pope Francis and others, however, say it creates a more “listening” Church which promotes involvement of all the faithful in Church governance. (See a more detailed analysis of the pros and cons of including synodality in the document here).

Archbishop Charles Chaput of Philadelphia said many felt that synodality was not a “natural fit” in a gathering “themed to young people” and deserves “serious theological reflection” and discussion among the bishops. “That didn’t happen, which doesn’t seem consistent with a coming-together of Pope and bishops in a spirit of collegiality,” he said.