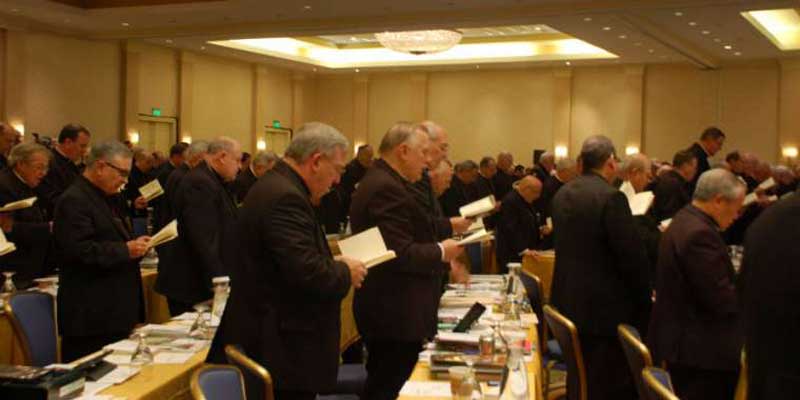 The bishops of the United States will meet for a week-long retreat to reflect upon the current situation facing the Church in America. The meeting will take place early next year.

In a statement issued by the US bishops’ conference Oct. 23, Cardinal Daniel DiNardo, USCCB president and Archbishop of Galveston-Houston, said that Pope Francis had offered the services of his personal preacher to direct the retreat.

“The Holy Father has kindly offered the preacher to the Papal Household, Reverend Raniero Cantalamessa, O.F.M. Cap., to serve as the retreat director as we come together to pray on the intense matters before us. For this, I am grateful,” DiNardo said.

The bishops will gather and at the University of St. Mary of the Lake in Mundelein, Illinois, from January 2-8. The university houses the primary seminary for the Archdiocese of Chicago, often referred to simply as the Mundelein Seminary.

DiNardo also expressed his gratitude to Cardinal Blase Cupich of Chicago for offering to host the event.

It was Pope Francis who first suggested that American bishops hold a retreat as they consider how to respond to the still ongoing sexual abuse crises facing the Church.

On Sept. 13, Cardinal DiNardo met with Pope Francis in Rome, together with other leaders from the USCCB, to discuss the various scandals unfolding in the United States. DiNardo also met with the pope earlier this month in what the US bishops’ conference described as a “regularly scheduled visit” to the Curia.

The announcement of the retreat comes as the American bishops prepare to meet in Baltimore in November for the general assembly of the US bishops’ conference. That meeting is widely expected to focus on how the Church can respond to the fallout of the scandal surrounding Archbishop Theodore McCarrick and the growing number of investigations into allegations of clerical sexual abuse in different states.