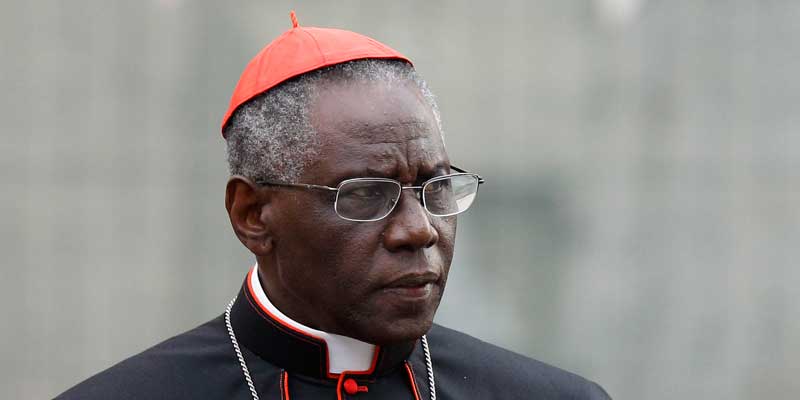 Young people are idealistic and want clarity, the cardinal said

Just because some young people disagree with Catholic moral teaching, including in the area of sexuality, it does not mean the Church’s teachings are unclear or should change, Cardinal Robert Sarah told the Synod of Bishops.

The Church and its pastors should “courageously propose the Christian ideal corresponding to Catholic moral doctrine and not water it down, hiding the truth to attract young people to the bosom of the Church,” the cardinal told the synod on Tuesday.

Cardinal Sarah, prefect of the Congregation for Divine Worship and the Sacraments, noted how in preparation for the synod, some young people asked the Church to be clear in presenting its teaching on “some questions that are particularly close to their hearts: freedom across the board and not only in sexual relations, nondiscrimination based on sexual orientation, equality between men and women, including in the Church, etc.”

Others, however, “demand not only a discussion that is open and without prejudice, but also a radical change, a real and true U-turn by the Church in its teaching in these areas,” he said.

The Church’s teaching may not be shared by everyone, the cardinal said, but no one can say that it is not clear. However, there may be “a lack of clarity on the part of some pastors in explaining the doctrine” and that requires “a profound examination of conscience.”