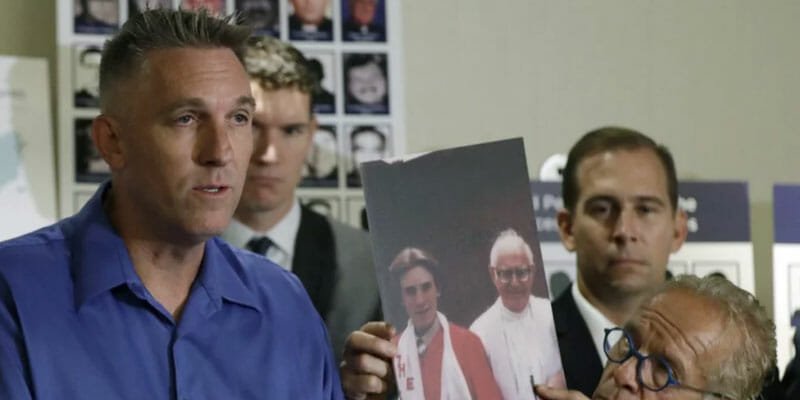 A man who says he was sexually abused decades ago by his parish priest said he is suing all Catholic bishops in California and the Archdiocese of Chicago, seeking to compel church officials to release records on clergy abuse.

The filing Tuesday (Oct. 2) in Los Angeles by Thomas Emens claims a civil conspiracy among church officials to cover up clergy sexual assault and move offending priests to other parishes.

Emens said at a news conference that he was abused for two years starting in 1978 when he was 10 years old by Monsignor Thomas Joseph Mohan. The priest, who is deceased, arrived at St. Anthony Claret Catholic Church in Anaheim in the early 1970s from Chicago, according to the lawsuit.

“This lawsuit is to find justice — to get the clerics at the top to come clean and tell the truth,” Emens said.

Attorney Jeff Anderson said the goal of the so-called nuisance lawsuit is to force the church to reveal the names of all priests accused of child molestation. He said church documents would reveal a playbook among bishops and other officials to protect offending clergy by keeping files under wraps and moving the priests across the country and, in some cases, out of the U.S.

The lawsuit asks a judge “to abate the continuing nuisance” of abuse by ordering each diocese to name all accused priests, detail their history of alleged assault and identify their last known addresses.

The California Catholic Conference of Bishops, which oversees the state’s 12 dioceses, didn’t directly address the lawsuit in a statement Tuesday afternoon. Instead the group pointed out the “positive steps taken by California dioceses over the past 15 years to protect children and young people from abuse.”