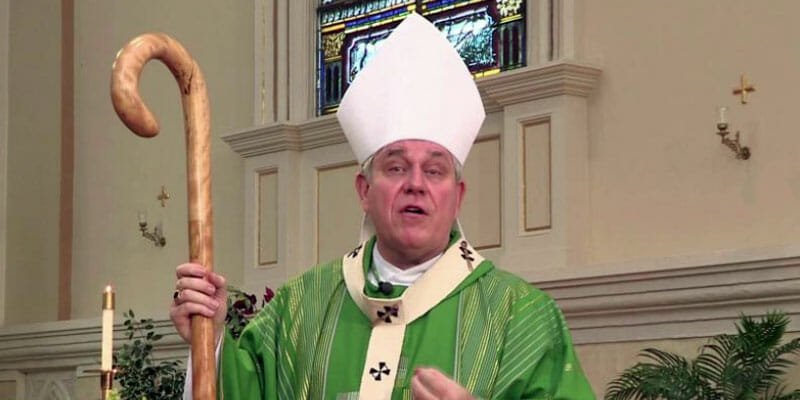 A priest who has come under fire for a planned retreat this week for “gay priests, brothers and deacons,” is advancing his pro-gay agenda while his Archbishop retreats into silence and inaction.

The leader of the Oct. 2-4 retreat, Fr. Bryan Massingale, launched a high profile campaign in August to champion his retreat for homosexual priests while his Archbishop, Jerome Listecki of Milwaukee, has stopped short of taking steps to shut down the event which stands in opposition to Church teaching.

In an opinion piece published by the National Catholic Reporter (NCR), Massingale used a snarky tone to challenge his critics––including his Archbishop who had previously issued a statement saying that the retreat was not sanctioned by the diocese.

Insisting that the retreat is no different from any other retreat, Massingale said it never would have occurred to him to ask for permission to hold the pro-homosexual event.

“I have led retreats for all kinds of groups, including Christian women, Boy Scouts, confirmation candidates, seminarians, pastoral ministers … women religious, permanent deacons, campus ministry groups, those who have left the church and seek to return, and even Catholic cat lovers,” said Massingale in NCR.  “Never was there a suggestion that advance notification was needed to act as a spiritual guide for the people of God.”

New Ways Ministry (NWM), a dissident pro-LGBT organization which is sponsoring the retreat as it has in years past, continues to try to present itself as Catholic, yet it has been formally condemned by both the Vatican and the United States Conference of Catholic Bishops for opposing Church teaching.

NWM has also been repeatedly banned from speaking in Catholic dioceses.

But not this year, not in the Archdiocese of Milwaukee.