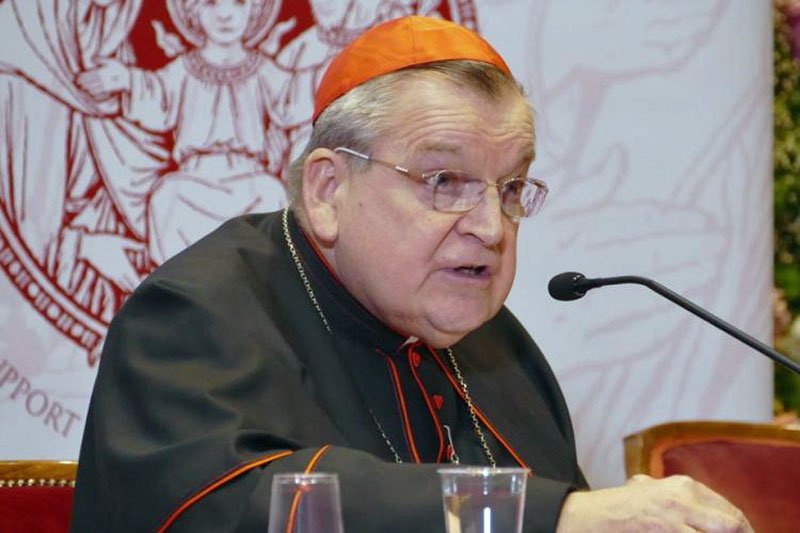 This week Cardinal Raymond Burke addressed the new wave of clergy abuse scandal giving insights and observations as to how it needs to be addressed.

In an interview with Thomas McKenna of Catholic Action for Faith and Family, Cardinal Burke discussed the recent scandals involving clergy and members of the hierarchy.

When asked about what is at the root of the crisis Cardinal Burke said “it seems clear in light of these recent terrible scandals that indeed there is a homosexual culture, not only among the clergy but even within the hierarchy, which needs to be purified at the root. It is of course a tendency that is disordered.” He highlighted that “it has been considerably aggravated by the anti-life culture in which we live, namely the contraceptive culture that separates the sexual act from the conjugal union.”

When asked about ways of addressing the situation he stated: “There is no need to develop new procedures. All of the procedures exist in the Church’s discipline, and they have existed throughout the centuries. What is needed is an honest investigation into the alleged situations of grave immorality followed by effective action to sanction those responsible and to be vigilant to prevent that similar situations arise again.”